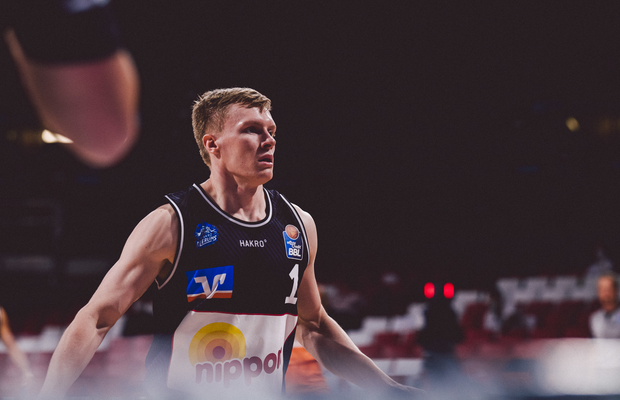 While a number of leagues shut down around Europe including the BBL due to the coronavirus pandemic, there is still at least one Brit in competitive action as Liam Carpenter concludes his season in Germany.

After a three-month break in lockdown, Carpenter returned to the court with Crailsheim as the German BBL put together a 10-team tournament in Munich to finish their 2019-20 campaign – without spectators in attendance.

“It’s a great feeling being able to play again after the break,” he told Hoopsfix. “We have a different team due to people leaving and adding a couple new players so it’s been a challenge.

“It’s also opened up playing opportunities for me so I’m just trying to help the team and make the most of it.”

Carpenter – who now also holds German citizenship – has played in the country since the 2014-15 season and is in his second spell with Crailsheim having impressed for the second team in Regionalliga action last season with 17.8 points per game.

He remained in Germany with his wife during lockdown and explained the procedures that have been put in place to ensure basketball returned as safely as possible in recent weeks.

“When the lockdown began, it was weird not being able to go to the gym to practice so I just tried to do as much as I could at home or alone outside to keep fit,” he said.

“I have to say the situation has been handled very well here and things are slowly getting back to normal, but still very cautious incase of another outbreak.

“When the league announced they still plan to finish the season, that’s when training in small groups began to happen.

“Then gradually more people were allowed and the tournament was officially confirmed so we tried to get back to our normal training routine.

“We just had to make sure that we were disinfecting all equipment every time and washed our hands when coming and going. It was kind of like a mini pre-season as we only had about three weeks as a whole team together to prepare.”

Four defeats in six days has seen Crailsheim fail to make it to the knockout stages of the tournament with their final game taking place on Tuesday to decide 9th/10th spot.

Carpenter admits his side were slow to get going in the tournament, but believes they were getting better despite their elimination as they adjusted to a new group.

“The standard obviously hasn’t been as good as during the season, however considering the circumstances I would say the games have been very competitive and have been getting better game by game.

“We started off poorly in our first game and had another tough loss against Bayern Munich, but since then we have really been fighting and gave Ulm and Oldenburg very close games with no imports.” 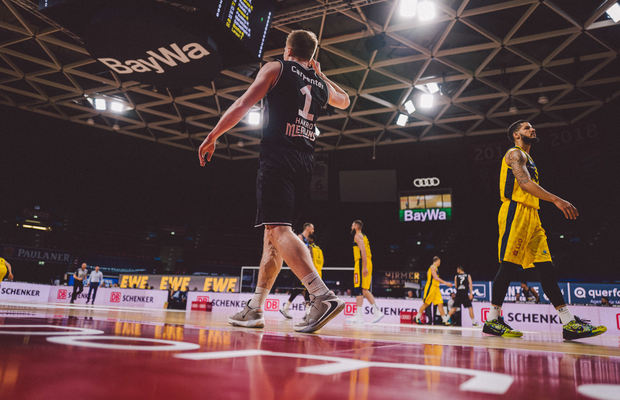 Carpenter saw limited court-time during the regular season in which his side won 15 of their 21 games, but took his opportunity with more minutes in the concluding tournament.

The former GB Under-20 guard hit a three in a 14-minute cameo against Bayern Munich and also played 10+ minutes in the two ensuing games, connecting with his only attempt from three in the two-point defeat against Oldenburg.

“I really enjoyed my role in this tournament,” he said. “I have the opportunity to play more than I did in the season and I just try and play as hard as I can.

“I usually guard the ball handler and try to apply as much pressure as possible and take my shots when they are there. Making sure I’m in the right spot and the right moment and causing chaos on the defensive end.

“I know I have put in a lot of work for this moment so that’s what gives me the confidence to be ready.”

Carpenter is unsure on plans for the 2020-21 season and although the hope is to remain in Germany, he’s not ruling out another opportunity if the right situation arises.