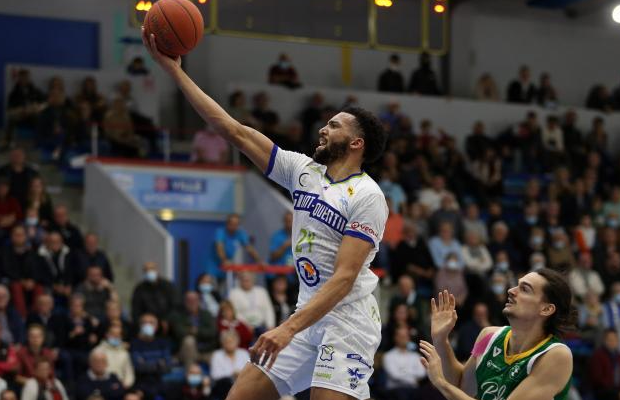 Deane Williams is set to play in the Basketball Champions League for the first time after making the switch to join Baskets Bonn in Germany for the 2022-23 season.

The 25-year-old forward spent last season in France with averages of 11.7 points and 5.5 rebounds per game for Saint-Quentin in the second division.

Williams previously played in Iceland with Keflavik for two seasons, earning individual accolades at the start of his pro career out of college at Augustana University.

The Bristol native is a former GB Under-20 international and has been on the verge of the Senior team with call-ups to the long-lists during the World Cup qualifiers.

Baskets Bonn finished second in Germany’s top-flight with a 26-8 record, but fell to a 3-2 series defeat against Bayern Munich in the semi-finals of the playoffs. They will start in the regular season of the BCL.