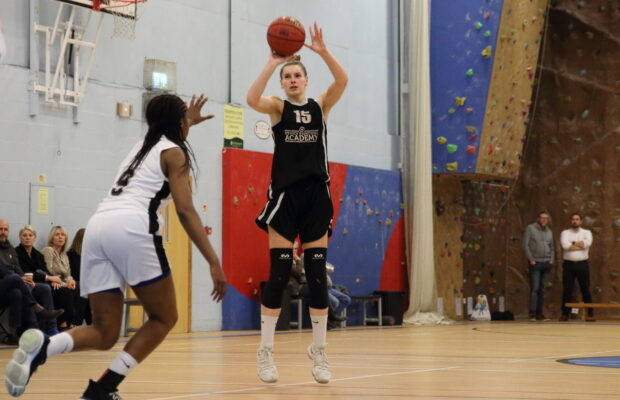 City of London Academy and Copleston will contest the 2020 WEABL Championship after making their way through the playoffs.

It marks a maiden final in the WEABL for Copleston, while CoLA are looking for their second title after their success in 2017 as the two sides meet at the University of Essex on March 18th.

The @WEABL final is set:@IBA_Copleston (2) 🆚 @CoLABasketball (3)@IBA_CoachDrane & @JG5 will go up against each other once again after their #HASC19 showdown last summer.

CoLA were first to book their place in the season finale after they overcame John Madjeski Academy in a dramatic 53-55 victory. The regular season winners from the Southern Conference had the chance to take the win themselves in the closing moments, but Isi Ozzy-Momodu was the CoLA hero with a block at one end before the game-winner just before the buzzer at the other.

On Thursday, Copleston defended home court with a 55-43 win over Barking Abbey as they overcame a narrow three-point half-time deficit to advance. The hosts stepped things up on defence in the second half, holding the two-time former winners to just 10 points.

Charnwood had contested every final since the league’s inception in 2015-16, but the number 1 seeds from the Northern Conference were knocked out at the Elite Eight stage as Barking Abbey secured a 58-66 success on the road.

The opening round of the playoffs proved to be a Southern sweep. CoLA also enjoyed their travels with a hard-fought 50-54 triumph at Nottingham, while JMA saw off Sheffield College 76-57 and Copleston defeated Manchester Mystics 81-56.

Ella Pearson, Charlotte Redhead and Susannah Rafiu combined for 56 points in the 25-point win as the Ipswich-based academy laid down a marker in their post-season opener.