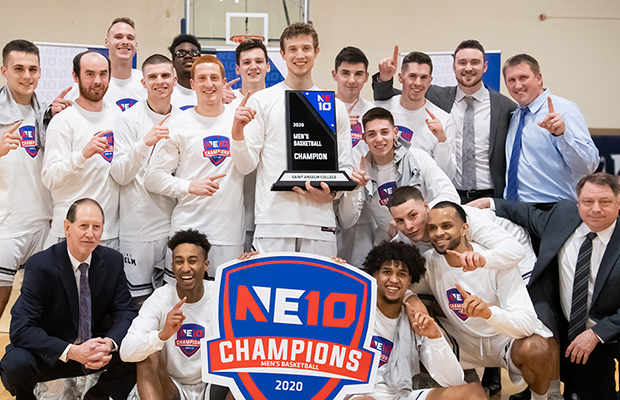 Danny Evans has helped Saint Anselm extend its own conference record by claiming its ninth Northeast-10 Conference postseason title with a thrilling 65-63 victory in overtime against the University of New Haven on Saturday.

The top-seeded Saint Anselm (21-8) team has earned the league’s automatic qualifying bid to the NCAA Division II tournament, as they will enter on an 11-game winning streak.

This team is something special man 🏆📈 https://t.co/KljpLRp8vJ

Evans had 11 points in his 39 minutes of action, as the Hawks overcame a 13-point deficit to force overtime and eventually capture the team’s first NE10 postseason championship since the 2016-17 season.

Evans is now averaging 14.1 points, 5.8 rebounds and 3.1 assists per outing for Saint Anselm, who were winners of the 2019 NCAA Division II East Region Championship.

They will learn their First Round opponent via the NCAA.com Selection Show that is scheduled to air later today.