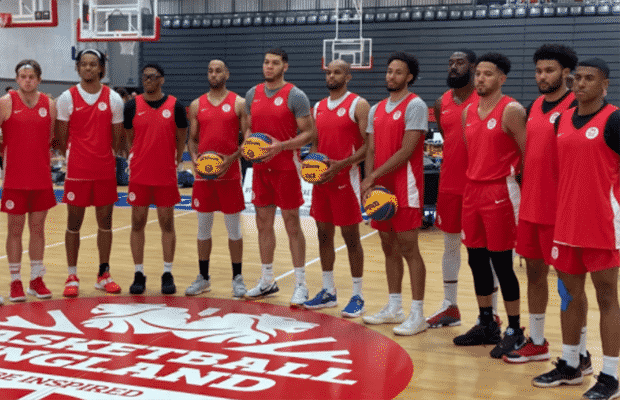 England’s 3×3 training squad has been released, as they head to their first training camp in Manchester’s National Basketball Performance Centre next week.

The 12-man squad has two players still in the English academy system in Veron Eze and Flynn Boardman-Raffett from Barking Abbey, and two still in the US college system in Tosan Evbuomwan and Eljay Morris.

There are a core of BBL veterans – Mike Tuck, Josh Ward-Hibbert, Jordan Williams, Jordan Whelan and Orlan Jackman – who most recently played for Solent in D1, along with the likes of recently turned pros Andre Arissol, Danny Evans and Josh Steel.

While the camp is the first Team England get-together, it also acts as preparation for the Europe Cup qualifier in Romania this June when a GB team made up of England players will compete with the aim of reaching the finals in Paris later in the year.

He said: “The camp next week is an exciting moment in the development of 3×3 in this country. It gives these players the opportunity to stake their claim to be part of the journey to the Games.

“It gives us a great chance for us to work closely with them as we start the process of selecting teams with the aim of being successful.”