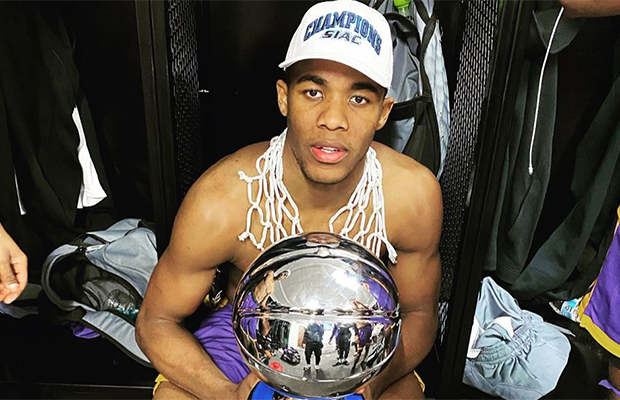 The junior guard – who earned a spot on the All-SIAC second-team – scored 22 points in the title-clinching 69-56 triumph over Albany State.

“It hasn’t really sunk in yet, but it feels good,” said Watson-Gayle, via the official site. “Nobody knows the work we put in. We’re putting in hours and hours and it feels like we’re being rewarded for our hard work.”

Watson-Gayle opened the post-season with a career-high 30 points then followed with a 20-point outing in the semi-finals.

The former Hoopsfix All-Star Classic MVP played 40 minutes in the Championship game with 7 of 12 shooting, whilst adding three rebounds and four assists in the win.

It was a second consecutive conference title for the Golden Bears, who now earn an automatic berth into the NCAA DII Championship.