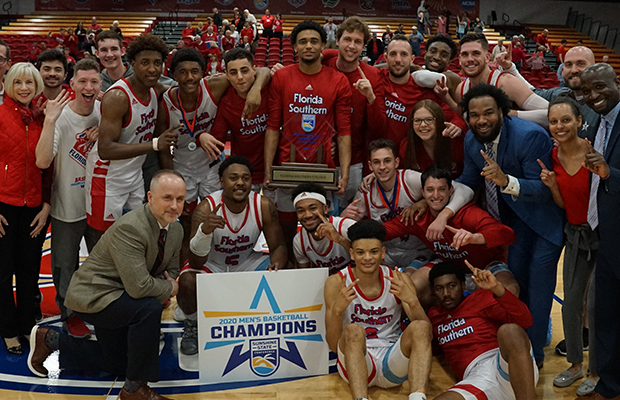 Kaiyem Cleary and Florida Southern College have claimed their 15th Sunshine State Conference Championship with a 118-109 victory over Nova Southeastern in the Championship Finals on Sunday.

Florida Southern are 29-2 on the season, having claimed the SSC regular and post-season titles, and get an automatic bid into the NCAA Division II Championships; the team’s 31st NCAA appearance in school history, and the third in as many seasons.

No better way to Celebrate your 21st Birthday than to win a championship win your brothers 🎁🎊🙏🏽🥇🏆 we really went out and got that 🙏🏽🏆 proud of everyone fr!!! Also thank you guys for helping me through and picking me up this year 🙌🏽🏆 lets go get this next one 🙏🏽🤷🏽‍♂️🎉🎊🙌🏽🏆

Cleary, who won the title on his 21st birthday, is a medical redshirt this season after breaking his hand in the opening game of the season; where he had 7 points in 16 minutes before exiting.

NCAA Regionals will begin on Saturday, March 14, with four games being played. Florida Southern currently is the No. 1 ranked team in the NCAA South Region.