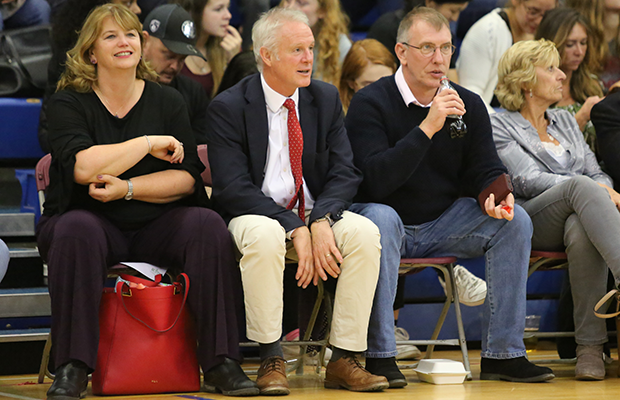 London City Royals appear to be on the verge of folding following a statement from Club Chairman Jon Sawyer (pictured centre, above) announcing the postponement of their game against Surrey Scorchers this weekend.

The postponement is their second of the season, as they “are in the process of examining the viability of the club in the current season”, Sawyer said in the statement.

The reigning BBL Trophy champions were reportedly fined £5,000 for the first postponement – against Glasgow – and have struggled off the court following their inaugural season; former Director of Basketball Operations Nhamo Shire left during the off-season, crowds have dried up, the Lavrinovic twins have been absent without explanation in recent weeks, whilst there have been alleged contractual disputes with former player Ashley Hamilton and coach Junior Williams.

The full statement, published on their website and social media, reads as follows:

“It is with deep regret that London City Royals is going to have to postpone the game against Surrey Scorchers tomorrow.

“We are in the process of examining the viability of the club in the current season, and this has resulted in us unable to put a game on tomorrow.

“We will keep you all updated on our situation in the next few days.

“May I thank you for your support. We have been ambitious in our goals for the team, the outreach community work and our vision for our team as being a real force for social change. This is against a backdrop of basketball being recognised as increasing in popularity and the sport being acknowledged to deliver real social impact, especially for those most in need in London. However, the financial support for the sport has been very difficult to find.

“We hope to be making a further update in the next 7 days. For those who have purchased tickets for the game on the 28th – these tickets will be valid for a new date (subject to confirmation by the BBL). If you require a full refund please advise by return.

“Once again I do apologise for having to postpone the game tomorrow and trust all our Royals fans do understand the reasons for this.”