Newham, Barcelona & Manchester All Victorious at U16 & U14 Battle in the Capital - Hoopsfix.com

Support
Home / Events / Newham, Barcelona & Manchester All Victorious at U16 & U14 Battle in the Capital

Newham, Barcelona & Manchester All Victorious at U16 & U14 Battle in the Capital 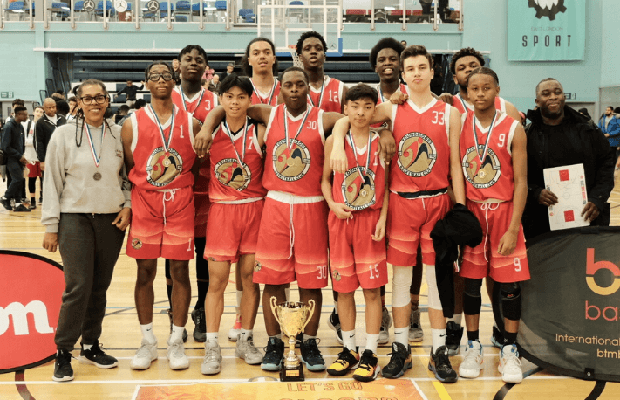 Newham Youngbloods, FC Barcelona and Manchester Magic were all their respective division winners as the Under-16 and Under-14 categories of Battle in the Capital 2019 took place at UEL SportsDock on December 28 & 29.

Thirty-four teams from 7 European countries descended upon East London for the tournament, organised by BTM Basketball, following the Under-19 event taking place on the opening weekend of the Christmas break.

Newham Youngbloods claimed the Boys Under-16 division, as they defeated Reading Rockets 59-54 in a battle of two undefeated teams in the final.

Youngbloods were led by Great Britain junior international Sultan Adewale who picked up MVP, as he was relentless on the glass at both ends and had multiple dunks throughout the tournament.

FC Barcelona were crowned the Under-16 Girls division winners, defeating Newham Youngbloods 48-43 in the final to dash their hopes of a double-victory.

Judit Valero picked up MVP after getting it done at both ends of the floor, in a game that epitomised the different styles of play between Spain and the UK.

Battle in the Capital U16 Girls Final Standings

In the tensest of the three finals, the final result came down to some late game heroics from Magic’s Matthew Goodwin, who scored a tough left-hand layup and knocked down a deep three to give his team the victory while claiming the MVP award for his efforts.