Barking Abbey Claim Inaugural Battle in the Capital U19 Title 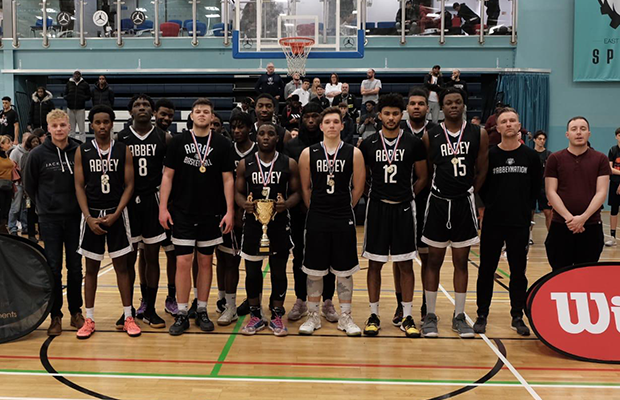 Barking Abbey came out victorious in Battle in the Capital Under-19 division that debuted this weekend at UEL SportsDock.

It wasn’t without its drama however, pulling out a 61-55 overtime thriller in the final to escape a spirited BTM Select team who were led by an incredible performance from tournament leading scorer Cameron Hildreth, as he poured in 26-points.

Flynn Boardman-Raffet picked up tournament MVP, dropping 17 points in the final, and averaging 12.6 across the tournament where he led BA to a perfect 5-0 record as their size and depth proved too much for the opposition.

“It was an honour for us to take part in such a well-organised tournament against some great European and home competition,” the MVP said.

“As a team, we stuck together and played with passion throughout the tournament. I feel truly blessed to win MVP but couldn’t have done it without my teammates and coaches. It was a great way to end 2019 for me and my team, and sets a standard for us going into 2020!”

“A big thank you to BTM for putting on a great event,” BA Head Coach James Vear commented. “It was nice to end the year winning the tournament especially as it was a team effort with both our D1 and D3 players contributing.”

The tournament is in its third year, but historically has focused on Under-16s with this year the first time it has added in the Under-19s. The Under-16 and Under-14s portion of the tournament will take place next weekend at UEL.

Find all of the U19 tournament results and scorers here.