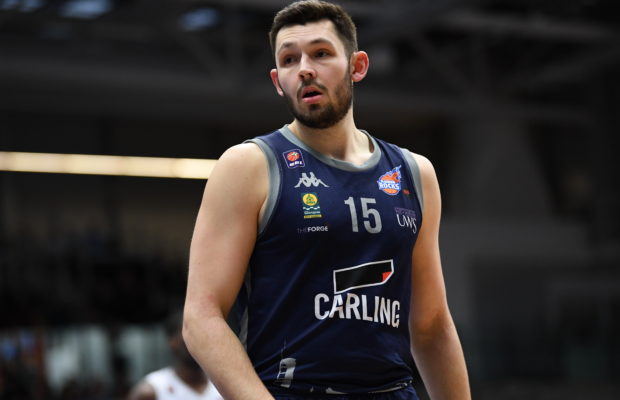 Lucky for some, it’s Week 13 of our 2019-20 BBL Power Rankings and the last edition heading into the New Year with plenty happening around the league.

The Lions are still out in front, the Flyers are heading into their first BBL final and there’s been a second game this season to be amended to a 20-0 forfeit.

New leaders in our rankings and the Riders did so without even taking to the court in the past week given the Royals’ recent troubles continued. Rob Paternostro’s side are 10-4 on the season with defence once again paving the way for their success.

A resurgent Rocks side visit the Morningside Arena on Friday night before the Riders take on Sheffield in their third meeting this season having split their two encounters during the group phase of the BBL Cup in finishing as the top two sides from the North.

Make that four from four in the league for the Lions as they continue their recent surge, particularly at home. They passed their biggest test so far in beating Sheffield 87-79 with 17 points from Ovie Soko and a further 16 from Jorge Romero to maintain their perfect start.

The Lions suffered a heavy loss to Worcester on the opening night of the season and have the chance to avenge that Cup defeat when they return to the University of Worcester on Friday night for the chance to end 2019 with a 5-0 record at the top of the BBL Championship.

They may be 1-3 in the league, but Bristol made club history last weekend when they booked their place in a BBL final for the first time. The Flyers secured a 91-77 victory at home in the second leg to complete an overall 16-point triumph over London City Royals.

Gentrey Thomas led the way with 21 points, 13 rebounds and seven assists to claim their third win in a row over the Royals. They await either Leicester or Worcester in next month’s final in Birmingham, but their immediate focus turns back to addressing a slow start in the league and they visit rivals Plymouth on Sunday.

Their long reign at the top of our rankings comes to an end as the Royals go through their first major testing period of the season so far. They were unable to overturn a two-point deficit in the Cup against Bristol in going down 175-159 on aggregate before being handed a hefty fine along with conceding a 20-0 defeat for cancelling their scheduled home game with Glasgow earlier in the month.

With Will Saunders still yet to make his debut and the unconfirmed absence of the Lavrinovic twins, the Royals look short on numbers in the midst of a dip in form. The need for re-enforcements will be loud and clear if they were to suffer another defeat when hosting Surrey on Saturday.

The Sharks returned to action last weekend, but suffered their first league loss with an eight-point loss in the English capital against the Lions. They were level at the half before falling as many as 20 behind, only to produce a strong finish to reduce the final margin of defeat.

Four starters hit double figures in the loss for Sheffield and they look to bounce back with a big weekend in visiting Newcastle on Friday before their final game of the year in welcoming Leicester to Ponds Forge.

Newcastle are off to a 2-0 start after bouncing back from a quarter-final exit in the Cup, but it would have been a far bigger story had they not opened up unbeaten in the league given their opponents’ struggles for form. There was no room for compassion at Christmas after crushing Manchester in a 131-63 victory.

All 10 players were on the scoresheet with nobody playing more than double digits, whilst no less than four double-doubles were recorded as the Eagles put on a show for their home faithful. Wounded Sharks are the next visitors in a testing double-header that also sees Newcastle head North to face the Rocks in Glasgow.

A pretty good week for the Rocks as their league campaign was ignited with a double-winning weekend before being awarded a third by the BBL disciplinary panel following the Royals’ cancellation. They started by overcoming Worcester for a 69-76 road victory before seeing off Cheshire on their home court to win 79-67.

Dante Thorpe started as he means to go on with 17 points on debut before scoring a game-high 22 points as fellow recent signing Terrell Vinson added 17 points against the Phoenix. The Rocks are now at .500 for the season and will be over the moon if that improves following a weekend that includes matchups with both Leicester and Newcastle.

Dante Thorpe checked in after a victorious win against Cheshire Phoenix in our Christmas home game. 🎄🏀
#rockasone pic.twitter.com/X8HbHULTqB

Another defeat for the Wolves to drop to 1-2 in the league and a slight cause for concern on the basis of recent results. A seven-man rotation was not enough to overcome Glasgow at home on Friday with Amir Williams leading the way with 20 points and 11 rebounds.

The outside shooting failed to fire and the Wolves come up against the red-hot Lions in order to re-find their own form in what will be an interesting encounter to see how far both teams have come since a surprise result on opening night back in September. A road clash with Manchester follows to finish their calendar year.

After beating Leicester for the second time this season for an unbeaten start in the league, it seemed as though Cheshire may have been gearing up for another win streak. However, they were unable to back up that result after suffering defeats to both Surrey and Glasgow on a tough weekend.

Ben Thomas’ side came up short in Guildford in an 89-88 reverse against the Scorchers in a game where neither side led in double figures, but their loss away at the Rocks was more convincing, despite 28 points from Parker Jackson-Cartwright in a 40-minute display. Next up, Worcester at home on 5th January with time to re-group.

Not even Father Christmas could bring you a win this season 🎅🏼 🙅🏽‍♂️

Admittedly, a tough minor drop for the Scorchers in our rankings, despite picking up their second league victory last Friday night. The Scorchers found a way to grind out a dramatic 89-88 success over Cheshire with a team-high 18 points from Lovell Cook, while Devontavius Payne made an impact, sinking the go-ahead free throws in the final minute.

Encouraging signs for Surrey and the challenge now will be to string results together as they still look to gel together having made a few recent changes to their roster. They will fancy their chances of coming away with a win in taking on the Royals on Saturday before hosting Manchester in their annual New Year’s Day fixture to open 2020.

The good news for the Raiders was they didn’t lose last weekend; the bad news was they didn’t play. Extra time for practice and continue to find a way to build on some positive spells in tough defeats with a South-West derby on Sunday providing a perfect opportunity for a response.

Plymouth will want to break their duck in the league as they host Bristol in the hope of signing off the year in style with the previous meetings in the Cup not going their way with two defeats from two.

More injury woes preceded the Giants’ trip to Newcastle, but regardless of the situation – loosely compared in contrast to that of the Royals by actually playing – a 68-point defeat is never a good look for the league. Manchester battled valiantly with just six players – with Adam Slater coming off the bench – before going down 131-63.

Edu Argues led the team in scoring with 22 points with double-doubles for James Jones and Ronalds Elksnis as they undertook heavy workloads. The Giants are not done yet for 2019; taking on Worcester on Sunday before visiting Surrey to kick off the New Year.