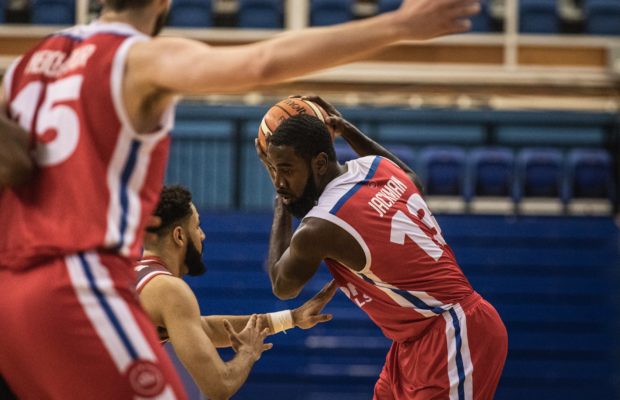 Orlan Jackman has joined NBL Division 1 side Essex & Leopards, while Will Neighbour has returned for a second spell with Plymouth Raiders in the BBL.

The duo were both in their second season with London City Royals before the club folded earlier this month.

Jackman made his debut for the Leopards last weekend with 13 points, 14 rebounds and seven assists in a full 40-minute effort to help secure an important win against Westminster Warriors.

The 31-year-old forward played for five different teams in the BBL as well as plying his trade in both Germany and Portugal in a pro career that began in 2012.

“Speaking with Coach Baker, it is clear on his vision for Leopards and I believe that I can have a massive impact on the organisation not just for this season but moving forward,” Jackman said on signing.

“The conversations with coach have been exciting and I look forward to stepping out on court with my new teammates and giving the fans something to cheer about.”

Neighbour remains in the top-flight with a return to the Pavilions in Devon having averaged 12.4 points and 6.2 rebounds in 11 appearances in his previous spell during the 2017-18 campaign.

The 6’9″ forward has also played for Surrey in the BBL and his arrival coincides with the departure of two Americans as Sam Daniel and Tyrell Johnson leave the club.

The Plymouth Raiders are delighted to confirm the re-signing of 6’10’ big man, Will Neighbour from the London Royals, after their exit from the league.

Meanwhile, Abraham Ekperuoh has also found a new club after joining East London All Stars in NBL Division 2 – coming off the bench in a tough home loss at the weekend.

GB internationals Andrew Lawrence and Will Saunders were both in their first year in the BBL and were part of the final roster along with Ed Lucas, Kyle Carey, Elvisi Dusha and American Matt Scott – who broke the club’s scoring record with 42 points in the BBL Trophy this season.