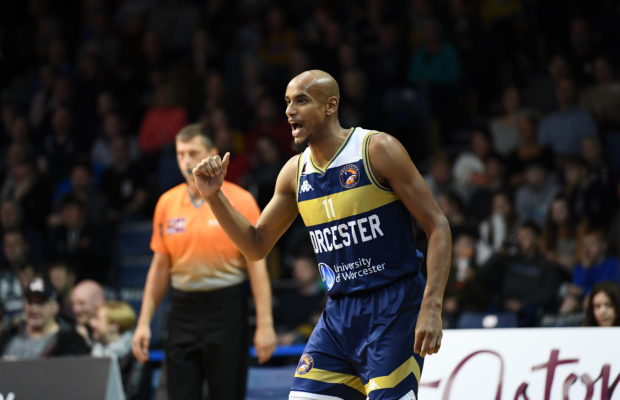 It’s 2020 and we continue our Power Rankings in assessing each team throughout the BBL campaign with lots happening around the league.

‘Anyone can beat anyone on any given night’ has kind of been the mantra for the BBL in recent seasons and it is ringing true at the moment – even the winless Raiders and Giants not far away from breaking their droughts.

The Riders hold onto top spot, despite currently sitting third from bottom in the league. They looked on course to hold off Glasgow before a decisive 9-0 run saw them fall to a 70-71 defeat with Josh Ward-Hibbert netting 20 points in vain.

Leicester’s other league defeat saw them edged out in overtime against Cheshire, but still have a strong 10-5 record on the season with a chance to make another Cup final as they host Worcester in the second leg on Friday having won the tie’s opener 63-66 on the road.

Win number 11 on the season for the Flyers was far from convincing, but no team in the league has been victorious more than Andreas Kapoulas’ side so far. Bristol found a way to overcome Plymouth for a 69-75 success in the latest South-West derby as they improved to 2-3 in the league.

Marcus Delpeche went 8 of 8 for his 18 points and added 10 rebounds to complete a double-double, while Fred Thomas top scored with 21 points. The Flyers have the weekend off ahead of their Trophy clash with Leicester on 10th January, which could be a dress rehearsal of the Cup final later this month.

The unbeaten start in the league is over for the defending champions as the Lions suffered a two-point loss on the road in Worcester. Brandon Peel had an 18-point, 14-rebound double-double, but the visitors struggled to contain Amir Williams in the paint with Ovie Soko absent.

Justin Robinson also had 18 points for the Lions as they drop to 4-1, though they remain the BBL Championship leaders. The NBL Division 1 table-toppers Solent Kestrels present their next challenge as the two teams meet in the Trophy at the UEL Sports Dock.

The Sharks have been a bit up and down with their results in recent outings, but they have enjoyed facing Newcastle this season as they inflicted another heavy defeat by prevailing 76-99 on the road. The visitors raced out of the blocks and led by as many as 28 points in the contest to finish 2019 on a high note.

Bennett Koch fired in 25 points with Nick Lewis close behind with 24, while Connor Cashaw produced an all-round display with 19 points, 11 rebounds and seven assists. A trip to Plymouth on Friday night sees the Sharks open their Trophy campaign.

Congratulations to Bennett Koch for being named to the BBL Team of the Week after his outstanding performance against @NewcastleEagle on Friday night! https://t.co/C0s4UdtLOf

Lose by 23 at home, win by four on the road. One of those weekends for the Eagles as they managed to quickly put a poor performance behind them to respond in style. They found themselves in a big hole early against Sheffield and never recovered, but turned on the style in the second half to beat Glasgow 76-80.

Rahmon Fletcher starred with 26 points in the win with CJ Gettys getting into the new year spirit early with a 20-20 performance with Newcastle’s five starters accounting for all of their points. More Scottish opposition follows to start the Trophy competition with Dunfermline Reign visiting the ECA.

The Rocks are rolling right now as they moved level at the top of the BBL Championship with an impressive one-point triumph at Leicester, but went down on their home court to drop to 4-2 in a 76-80 loss against Newcastle.

Glasgow produced a late rally to overturn a 68-62 deficit on the road on Friday night with 17 points apiece for Ali Fraser and Greg Pryor, while three other players hit double figures. A third quarter lapse prevented the Rocks from taking the outright lead in the league against the Eagles, and are back in action to face Basketball Wales in the Trophy.

After a dip in form in recent weeks, the Wolves returned to winning ways and did so the hard way with a combined winning margin of five points from their weekend double-header. First, they handed the Lions their first loss with an 80-78 victory before denying Manchester their first win by securing a 76-79 success.

Amir Williams was unstoppable for the Wolves at home with 31 points and 18 rebounds to take down the Lions before Kofi Josephs stepped up with a 24-point haul on the road. Another double-header follows as Matt Newby’s side face Leicester in the Cup semi-final second leg before visiting Cheshire in their Trophy first round encounter.

Three wins on the bounce for the Scorchers to pick up some much needed momentum after a tough Cup campaign. The new additions have made their mark early and Surrey are finding a way to grind out wins at home with their latest needing a 17-point comeback to see off Manchester for a 94-90 success to open 2020.

Devontavius Payne and Lovell Cook combined for 38 points with fellow American James Hawthorne collecting 17 boards to go with 14 points, while Caylin Raftopoulos hit a huge corner three in the final minute to finish with 14 points and help ice the win. The Royals are up next in the Trophy.

Look back at our memorable win against the Manchester Giants!#OneGoal 🔥 pic.twitter.com/VDZdGLU21t

Worrying times for the club after a statement was issued prior to their scheduled meeting with Surrey, informing fans that they are ‘in the process of examining the viability of the club’ leading to another postponement. The Scorchers have confirmed that this weekend’s Trophy clash is to go ahead, though there has been no update regarding the Royals’ future beyond that.

Two wins against Leicester already, a five-game win streak that helped them reach the quarter-finals of the Cup, but yet Cheshire still head into the new calendar year with a 7-8 record on the season.

With no game last weekend, Ben Thomas’ side return to action to start another cup campaign as they host Worcester in the first round of the BBL Trophy before the two teams meet again next week in the league.

Easily their best spell of the season as the Giants came close to picking up their first win of the season, despite continuing to battle with injuries. They pushed Worcester all the way in a 76-79 loss before letting slip a 17-point cushion on New Year’s Day as they eventually fell to Surrey, 94-90 away from home.

Edu Argues top scored with 23 points as Danny Byrne’s side seemed set to end their losing run, but for a 32-19 fourth quarter comeback from the Scorchers. The injury crisis has led to the return of 44-year-old Yorick Williams and Manchester will be hoping to avoid an early exit in the Trophy as they welcome D1 side Worthing Thunder.

The Raiders were unable to close out 2019 with a much-needed win as they fell to a six-point home defeat against their nearest rivals. Even without being at their best, the Flyers secured the victory on the road to leave Plymouth second bottom without a win in four league games so far.

Josh Wilcher led the resistance with 20 points and 10 assists, but was the clear standout contributor with his side now hoping the Trophy competition can spark a change in form as they take on Sheffield on Friday night.