15 Selected in England Under-16 Girls Squad for Tri-Nations - Hoopsfix.com

15 Selected in England Under-16 Girls Squad for Tri-Nations 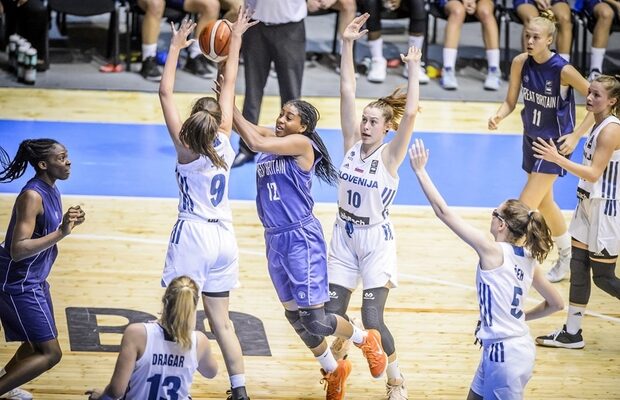 England Under-16s have selected 15 players to compete in the inaugural Tri-Nations Tournament in Manchester later this month.

The squad will be split into two teams to form a four-team group alongside Scotland and Wales with six games taking place over the weekend of 21-22 December at the National Basketball Performance Centre.

“For England, we will use this tournament to look at a wider pool of players outside of those who we are monitoring on a weekly basis during their National League seasons,” said Basketball England’s Performance and Technical Manager Steve Bucknall.

Fatmata Janneh, Paige Martin and Katie Januszewska were all part of the final 12 that competed for GB at the Under-16 European Championships in the summer with Janneh only turning 15 last month.

Martin is continuing her development in high school in the States, while Derby Trailblazers, Team Solent Kestrels, Sevenoaks Suns and Newham Youngbloods each have two representatives in the squad.