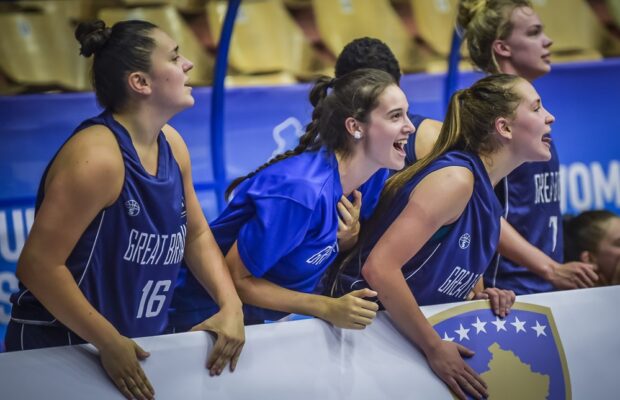 Great Britain’s youth sides can start looking ahead to next summer after the European Championship draws were conducted on Tuesday morning.

The three age groups teams will depart to Austria, Bosnia and Herzegovina and Israel in the quest for promotion to Division A.

GB Under-20s came closest last summer as they came up agonisingly short in a defeat against Ireland in the bronze medal game with Holly Winterburn making the All-Tournament team.

Portugal, Iceland and Israel will be their group opponents for 2020 with Ramat Gan hosting the tournament from 8-16 August.

⭐5️⃣ | @hollywinterburn named to the All-Star Five at #FIBAU20Europe Division B after averaging 18.2 points, 4.8 rebounds and 4.8 assists!

GB Under-18s will head to Oberwart, Gussing and Furstenfeld in Austria as they look to improve upon their 19th place showing in 2019, though they will come up against two sides relegated from Division A.

Bosnia and Herzegovina and Serbia both help form Group C along with GB as well as Slovenia and Slovakia with the tournament running from 3-12 July.

Meanwhile, GB Under-16s have been grouped with the Netherlands, Austria, Turkey, Montenegro and tournament hosts, Bosnia and Herzegovina for their Euro campaign in Sarajevo from 17-26 July.

Isimenme Ozzy-Momodu averaged 10.0 points and a tournament-best 16.1 rebounds per game in the 2019 edition as Kenrick Liburd’s side made it to sixth place.