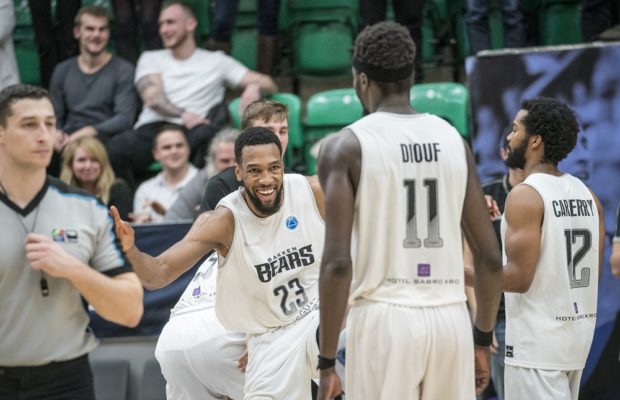 Ryan Martin has signed with last season’s champions from Belarus, Tsmoki-Minsk for the 2019-20 season.

The 27-year-old was selected for the GB Senior Men’s 24-man squad for the current EuroBasket 2021 pre-qualifiers third round having spent last year in Denmark.

Martin averaged 8.7 points and 3.6 rebounds per game in FIBA Europe Cup action as Bakken Bears reached the quarter-finals of the competition before winning the league playoffs for his first pro Championship success.

My first professional championship🥇🏆 WOW! Took me three years to get it and it was worth the wait! First I want to thank GOD 🙏🏾none of this would be possible without you! Secondly I want to thank @bakkenbears_official and the whole staff, you have all been amazing top to bottom and you’ve truly helped to make this a great experience for me and my family. I dedicated this season to “Shante Turay” a close family friend that died way before her Time. Every-time I stepped on the court I made sure it was with purpose for you and I’m glad I could of made this a special season in your Name 15-09-18🙏🏾😇. All my guys back home this is for you and I’m always hooping for y’all man, y’all should be here hooping wid me but Ima carry the torch best believe #RM23/RM10 out ✌🏾season 3 that’s a wrap🏆🏁 #whatsnext 🤪

Martin has also played in Slovenia, France and Italy since turning pro in 2016 following the end of his college career at Tennessee Tech.

Next season in Belarus, Martin will play in the Basketball Champions League as Tsmoki-Minsk enter in the first round of qualifying with a two-legged tie against Karhu Basket Kauhajoki of Finland, on 17th and 20th September.