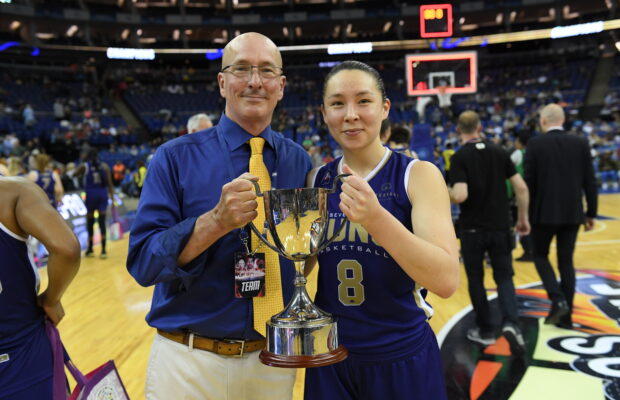 Len Busch has been appointed as the new head coach of Great Britain’s Under-18’s Women, it was confirmed.

The long-serving Sevenoaks Suns play-caller recently won the WBBL Coach of the Year award for a third year in a row – securing a hat-trick of playoffs titles at The O2 following a second consecutive league title.

“I am very excited to be back coaching the National team again,” Busch told Hoopsfix. “It is a real joy to work with the best U18 players from across the UK.

“With the staff being appointed a bit late, we have our work cut out for us to get the squad ready.

“We will work hard to get ready for [North] Macedonia. I feel this is a good time for me to get back involved in the National team programme as there are a lot of good things happening and we have a real opportunity to move the sport forward.”

Busch was in attendance at the 2019 Hoopsfix All-Star Classic, casting his eye over the top junior talent in the first-ever Under-19 Women’s game. Newcastle Eagles’ head coach Chris Bunten will serve as one of Busch’s assistants alongside Roz Mason with Renee Busch serving as team manager.

GB Under-18s head to Skopje, North Macedonia for their Division B campaign at the European Championships from 5-14 July.