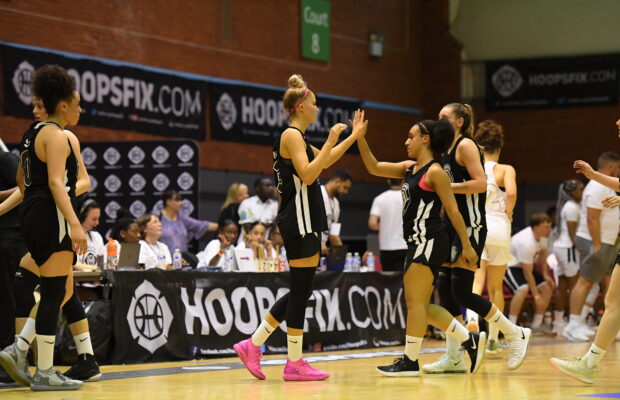 The initial squad selected for the GB Under-18s Women has been confirmed ahead of this summer’s European Championships.

Sevenoaks Suns’ play-caller Len Busch was confirmed as the new head coach and will have 18 players heading into camp this month.

Eight of the players selected suited up at the recent Under-19 Women’s game at the 2019 Hoopsfix All-Star Classic with Lilly Annim, Brahe Ashton, Esther Little, Jade Mbam, Shaniya Rose, Amelia Sandie, Pollyanna Storie and Cameron Taylor-Willis all vying for a spot in the final 12.

Little was also one of two players to suit up at last year’s Under-18 European Championships, alongside Olivia Partridge, while Annim, Mbam, Storie and Taylor-Willis all make the step up from the Under-16s with leading rebounder Rebecca Adjeiwaah Dwomoh, Asha Andrews, Hannah Dawson and Molly James.

London Lewisham duo Esther Atunrase and Emma Imevbore help round out the 18 as well as Charnwood’s Alex Baker, Emilie Black of Richmond Knights and Clara Kelly – who plays in Germany.