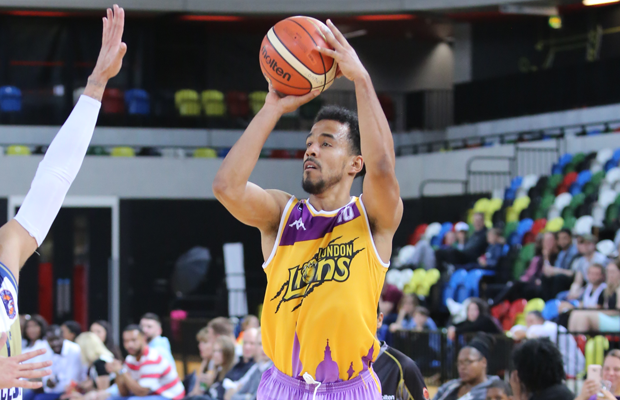 It was a trio of honours for the London Lions, as Justin Robinson, Jordan Spencer and Vince Macaulay have all been recognised in the annual Basketball Journalists Association awards.

Along with winning the British Basketball League crown this season, London Lions secured a hat trick of accolades with guard Justin Robinson winning BJA BBL Player of the Year.

Robinson, who led London in scoring with an average of 19.2 points a game, saw-off Manchester Giants’ Willie Clayton, who finished second and Plymouth Raiders’ Donte Nicholas, in third.

“It’s a huge honour for the journalists and everyone involved in the media to vote me as the MVP,” Robinson said.

“The award ultimately comes down to team success and with team success, the individual accolades come with it, so it’s an honour and I appreciate the media that cover British basketball for voting.”

London Lions coach Vince Macaulay has won the BJA Coach of the Year, after steering his side to a title-winning 27-6 mark in the BBL this season.

“I am delighted and humbled in equal measure,” said Macaulay.

“I love this game and want us in the UK to shake the shackles off and push the boundaries, so to be recognised in this way is thanks to my team, my assistant coaches and my family’s support.”

Not to be confused with Robinson’s Player of the Year, Spencer’s award is due to his outstanding contribution to the team in all facets of the game, which is what the Pete Jacques Award highlights and what journalists are called to vote on.

Coming off a stellar Women’s British Basketball League season, where Carr helped Sevenoaks to a title-winning 22-0 record, she did so, averaging 14.7 points and 5.8 assists a game, both team highs during the regular season.
“It is an honour to be named the Women’s Player of the Year,” Carr said of her award.

“Basketball in England has been a part of my life for over five years so to be recognised is much appreciated.
“I owe a lot of credit to my team-mates and coaches over the years, who push me out of my comfort zones and challenge me to be a better player.”

The Great Britain international led the German side to the FIBA Europe Cup finals, but fell just short against Italian side Dinamo Sassari, who were pushed by the Leicester Riders earlier in the group phase.