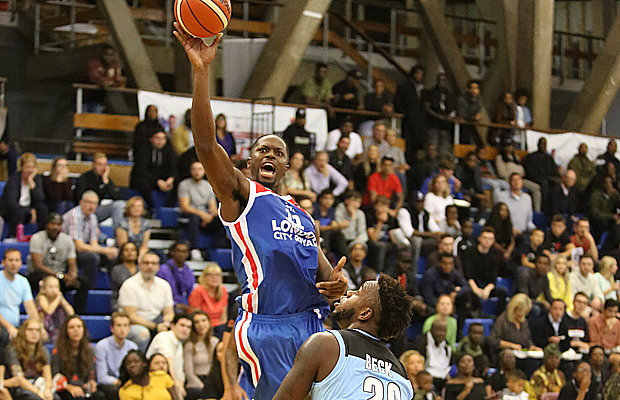 The league has revealed the Molten BBL All-British Team of the Year 2018-19 as the two London franchises take up four of the five spots.

The Lions backcourt of Justin Robinson and Jordan Spencer, along with the London City Royals’ Ashley Hamilton and Matthew Bryan-Amaning, plus Glasgow’s Kieron Achara, who rounds out the five represent the best of British in the league this season, as voted on by BBL coaches.

Justin Robinson (London Lions)
A standout performer again, the 2017-18 BBL MVP has shown his qualities to lead Lions to League and Cup success. Robinson has dropped a massive 19.2 points per game – also adding 4.9 assists and 3.6 rebounds.

Jordan Spencer (London Lions)
There has been plenty of UK talent fuelling Lions’ Cup success and historic first ever BBL Championship title, with Spencer highly influential all year. He has recorded a fine 11.8 points, 6.1 assists and 2.5 rebounds per outing.

Ashley Hamilton (London City Royals)
Having been MVP at the 2019 BBL Trophy Final, Hamilton has been superb for the Royals throughout their first season. The forward has harvested 14 points and 5.8 rebounds per game, shooting almost 50% from the field.

Kieron Achara (Radisson RED Glasgow Rocks)
The veteran campaigner is finishing his BBL career with his usual place in this line-up and deserved plaudits ringing in his ears. He has been a force as always for Rocks, averaging 11.8 points and 6 rebounds per game.

Matthew Bryan-Amaning (London City Royals)
It’s been a super first season with Royals for the towering figure of Bryan-Amaning, who was pivotal in the club lifting the BBL Trophy. He has corralled 17 points and 6.6 boards per outing, dropping 51% inside the paint.