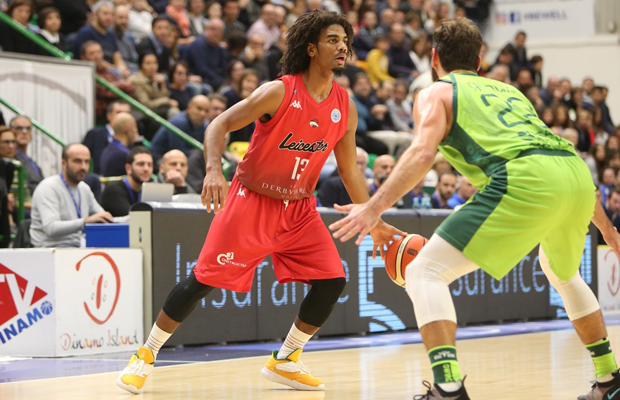 British trio Conner Washington, Ashley Hamilton and Kieron Achara have all been named to the Molten BBL All-Defensive Team for the 2018-19 season.

They are joined by Plymouth’s Donte Nicholas and London Lions’ Kervin Bristol to round out the five recognised for their efforts at the defensive end of the floor.

The 2018-19 @MoltenSports BBL All-Defensive Team of the Year:

Conner Washington (Leicester Riders)
It’s been a landmark season for Washington, who featured for Great Britain men and now the guard has nailed down a starting berth in this line-up due to his defensive prowess. His guard play has seen Riders continue to push for honours and he has returned 9.2 points, 4.1 assists and 3.3 boards per game.

Ashley Hamilton (London City Royals)
He’s already been selected in the Molten BBL All-British Team of the Year and Hamilton has been recognised again for his super season at the Royals. The defensive skills of the forward have been evident throughout the campaign, with Hamilton contributing 14 points and 5.8 rebounds per game for the newcomers.

Donte Nicholas (Plymouth Raiders)
Another scorching season has been registered by Nicholas, who has thrilled fans with his do-it-all approach for Raiders. Yet while his stunning offensive output has captured the imagination, clubs recognised his defensive power in the voting too, after leading the BBL in steals with 2.3 per game.

Kieron Achara (Radisson RED Glasgow Rocks)
The Rocks and BBL has signed off his prestigious career and has done so by adding to his place in the Molten All-British Team of the Year by taking his customary spot in this line-up. In addition to his production of 11.8 points and 6 rebounds per game, his defensive prowess has been recognised as usual – meaning he is a starter for an amazing fifth year in a row.

Kervin Bristol (London Lions)
The Lions’ big man has been a tireless worker at the defensive end and helped his side complete a league and cup silverware double with his strength on D. Not least, as the leading shot-blocker in the BBL with 1.5 per game – to add to an average of 6.3 points and 6.6 boards.