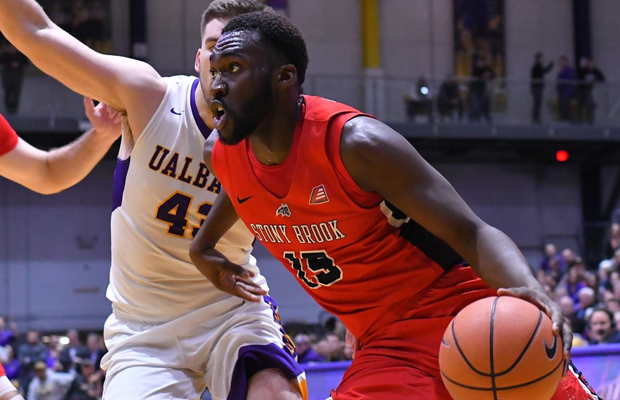 Akwasi Yeboah posted a double-double to lead Stony Brook to an impressive win over South Carolina.

The redshirt junior finished with 24 points and 11 rebounds in the 81-83 road triumph, whilst hitting 5 of 10 from 3-point range.

Yeboah scored nine early points in a pivotal run in the second half to help his side set the platform for victory.

“They played hard. We played harder,” said Yeboah, via PostandCourier.

In the season opener, Yeboah had 12 points – including a basket to force overtime with 0.01 left of regulation – along with eight rebounds as the Seawolves eventually claimed a 77-74 victory over George Washington.

Stony Brook continue the Basketball Hall of Fame Tip-Off Tournament next week when they face Holy Cross followed by the winner of Siena or Norfolk State.