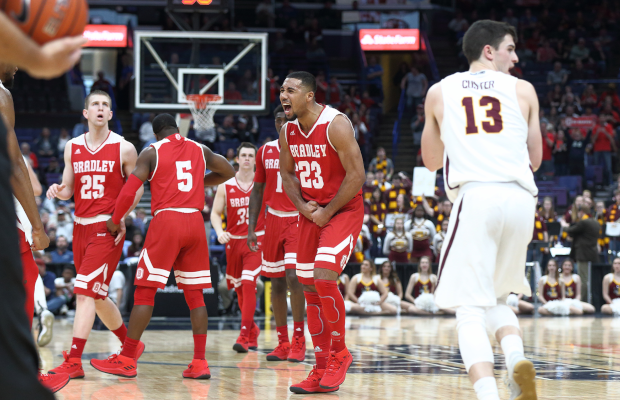 Dwayne Lautier-Ogunleye scored a career-high 22 points to lead Bradley University to a 68-57 victory as they moved to 2-0 on the season.

The senior guard went 4 of 6 from the field and added 13 points from the foul line to set a new best points tally for the Braves.

Senior Dwayne Lautier-Ogunleye is the Ameren Illinois Player of the Game after a career-best 22 point performance! pic.twitter.com/a0dbsJZnYO

DLO also added five rebounds, two assists and a steal in the win against Southeast Missouri State, on Saturday.

The former GB Under-20 also set a career-high in steals with four in a season-opening victory and started his senior year needing 251 points to join the 1000-point club at Bradley.