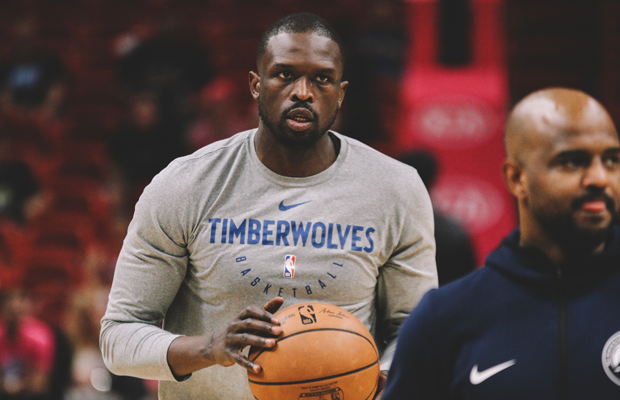 Luol Deng has reportedly agreed a one-year $2.4million deal with the Minnesota Timberwolves according to The Athletic’s Shams Charania.

Charania reports Luol had dinner with Thibodeau and Timberwolves GM Scott Layden Sunday night, as rumours of the reunion have seen the Wolves labelled as the ‘Timberbulls’ by fans.

Wojnarowski has added that no promises have been made to Luol about playing time, but he has a chance to earn his minutes.

It comes a little over a week after a buyout was agreed with the Lakers, as the GB Olympian agreed to give back $7.5million of the original $72million contract he signed in the summer of 2016.

It leaves him with $29million for the two years left on his contract, as Luol was intent on finding a team he could contribute to after being left out of the Lakers’ plans.

The 14-year veteran and former GB regular is a two-time All-Star with career averages of 15.0 points and 6.1 rebounds per game, but saw just one game for LA in 2017-8, appearing in the season-opener before being benched the rest of the season.