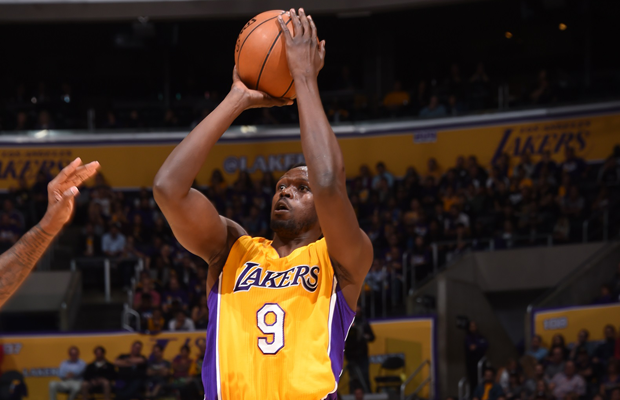 Great Britain star Luol Deng has finally been freed from his Los Angeles Lakers contract after agreeing to give back $7.5million as part of a buyout agreement, with the Lakers waiving him on Saturday.

Deng had two years remaining on a four-year, $72 million contracted he signed in the summer of 2016, but has seen little playing time after the Lakers decided to go young. It leaves him with $29million for the two years left on his contract, which the Lakers will use the waive and stretch provision to soften the short-term salary cap hit.

The 14-year veteran and GB Olympian is a two-time All-Star with career averages of 15.0 points and 6.1 rebounds per game, but saw just one game for LA in 2017-8, appearing in the season-opener before being benched the rest of the season.

The money Deng has sacrificed is indicative of how determined he is to find a team that he will be able to contribute to.

“We want to thank Luol for his time with the Lakers. We made this move to further our future salary cap and roster flexibility, as we continue to build this Lakers team according to our current overall vision.”

The Lakers have now cleared $38 million in salary cap space for free agency in 2019, meaning they have a spot for a maximum contract star to team up with LeBron James; names being circulated that enter free agency next summer include Toronto’s Kawhi Leonard, Golden State’s Kevin Durant and Klay Thompson and Minnesota’s Jimmy Butler.