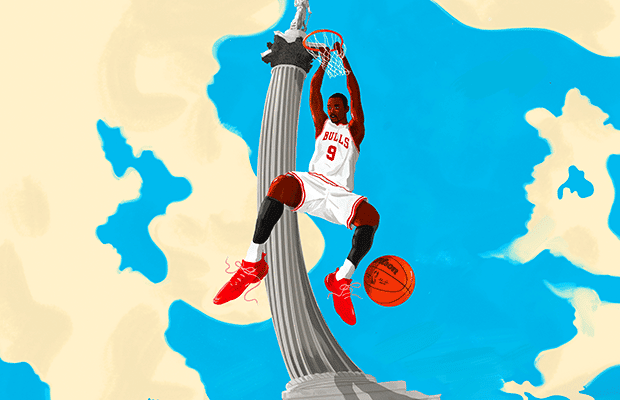 A Luol Deng piece of original artwork has been released as part of the NBA Creator Series in Europe.

Created by renowned British artist Reuben Dangoor whose work is heavily influenced by current affairs and his surroundings in London, the piece depicts Luol dunking on a hoop hanging from Nelson’s Column.

With basketball growing in the UK, this artwork from Reuben Dangoor celebrates the impact of Luol Deng's inspirational career 🇬🇧🏀#NBACreatorSeries pic.twitter.com/M2nkCJRLWR

“I am really happy to be included in the project, alongside some amazing artists and an awesome landmark of the game,” said Dangoor. “When art and sport overlap it can be a really exciting prospect.

“I’ve tried to incorporate the action of the game and athleticism of Luol Deng with British culture. I’ve also included several easter eggs for eagle eyed NBA fans to try and pick up on.” 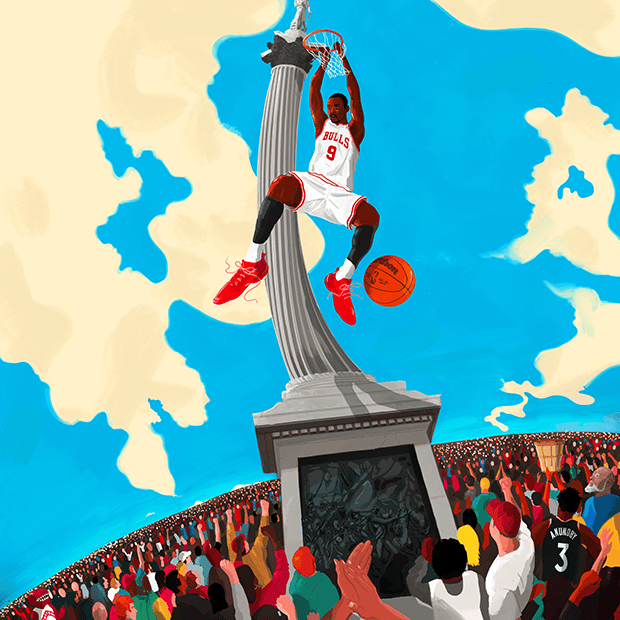 It is the fourth release of the NBA Creator Series in Europe, a series of original artwork commissioned by the NBA featuring artists from France, Greece, Italy, Spain and the UK in celebration of the league’s landmark 75th Anniversary Season in 2021-22.

Featuring a diverse range of styles and compositions, each piece of artwork is centered around the artists’ passion for the NBA, their favourite moments from the league’s history, and the connections between Europe and the game of basketball.

Reuben Dangoor is the first artist to bring the stars of the Grime music movement into British museums, his work and collaborations have appeared in TV shows and as part of consumer and fashion brands and video games. In 2018, his work went viral when his line drawings of the England Men’s National Football Team were picked up online, in print and on TV.