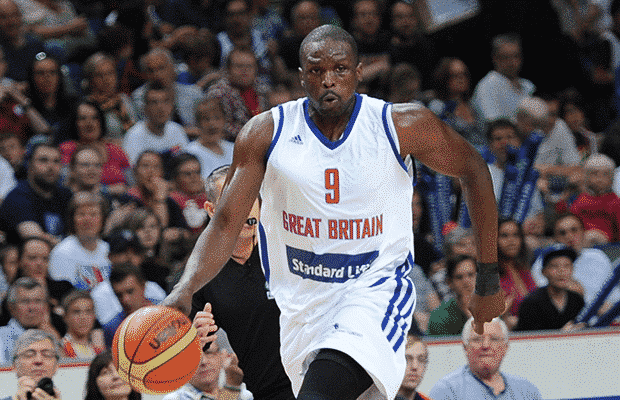 Luol Deng, the greatest British basketball player of all-time, has been recognised with an Order of the British Empire (OBE) in the Queen’s birthday honours list.

Deng, who retired from the NBA after 15 seasons in 2019, is recognised for the major role he has played within British basketball since coming to England as a refugee from South Sudan as an eight year old before going on to become a 2-time NBA All-Star and GB Olympian.

“I’m truly honoured to be awarded with the Order of British Empire joining such a prestigious group of people,” commented Luol.

“I will always be thankful for the opportunity provided by UK for me and my family as a refugee.”

After London won the bid for the 2012 Olympics, the wheels were put in motion for Luol to officially get his citizenship to be able to represent GB, where he collected 41 caps – averaging 21.7ppg, 7.3rpg, 3.4 apg, 1.5 spg – and was the star of the first British team to compete in an Olympics since 1948.

He represented England at both U16 and U18 level – averaging 39.5 points and 14 rebounds on 67% shooting over one four-game campaign as a 15 year old with the U18s – and has stayed involved with basketball in the UK throughout his career; hosting his annual summer camp for over a decade which became an elite top 50 camp in 2014, and establishing the Luol Deng Foundation as a charity which runs the Deng Academy, currently operating out of Coombe Wood School in South Croydon.

Luol was recently appointed the President of the South Sudan basketball federation, and continues to have major impact on the African continent, having recently been revealed as an investor in NBA Africa.

Deng started playing under the guidance of the great, late Jimmy Rogers at Brixton Topcats, before crossing the waters at 14 years old to attend Blair Academy to pursue his basketball dreams.

A Final Four run with Duke followed in his Freshman year, before being selected seventh overall in the 2004 NBA draft.

Deng was named to the 2011-12 All-Defensive Second Team and the 2004-05 All-Rookie First Team. He won the Sportsmanship Award in 2006-07, but he was not only recognised for his steadfast presence on the court; in 2013-14, Deng was named the recipient of the J. Walter Kennedy Citizenship Award, an honour given to a player who shows outstanding service and dedication to the community.