Lewis Champion Makes Step Up to BBL with Bristol Flyers 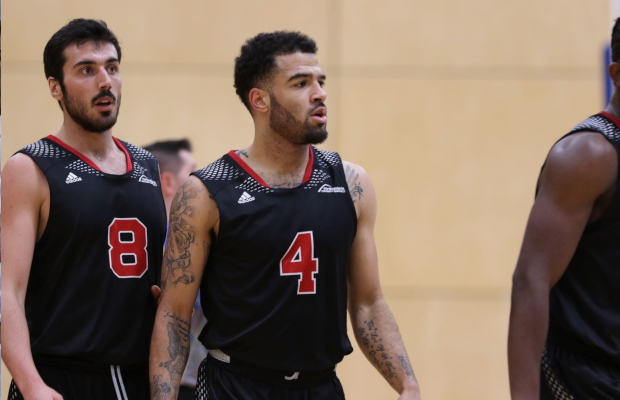 Lewis Champion has signed his first pro contract after joining BBL side Bristol Flyers for the 2018-19 season.

The former GB Under-20 guard has spent the past seven seasons playing at NBL Division 1 level with Reading Rockets and more recently, Team Northumbria.

Champion helped the Rockets to back-to-back D1 league titles and was a key player for Northumbria – winning the league title again in 2017 – whilst gaining a bachelors degree.

“I feel like this opportunity has come at the right time for me,” said Champion.

“I’ve played in Division One since I was 17 and it was always an ambition of mine to play at the next level.

“Coach Kapoulas got in touch with me at the end of last season and everything he had to say really filled me with confidence.

“My coach at Northumbria (Marc Steutel) told me that Andreas (Kapoulas) is a great coach and the club is very well run down in Bristol.

“The fact that he has been involved with the National Team setup shows the pedigree of him as a coach and I can’t wait to get started.”

Champion helped GB U20s earn promotion to Division A in 2013 and becomes the Flyers’ ninth summer signing under Kapoulas.

Max Richardson also makes the step from NBL D1 to pro having signed for Kongsberg Miners, in Norway.