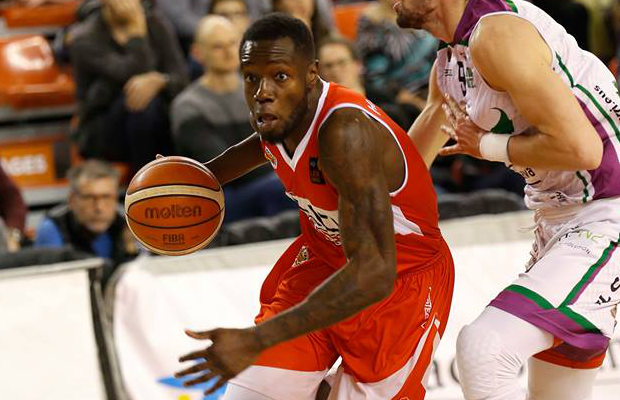 Ashley Hamilton has signed with the London City Royals ahead of their debut campaign in the BBL for the 2018-19 season.

The 29-year-old has played in Greece, Italy, Ukraine, Lebanon and Spain, where recently he helped Manresa secure promotion to the ACB with victory in the LEB Gold playoffs.

Hamilton is now set for his first stint in the BBL, becoming the latest former GB international to return to home soil.

“I started playing at Crystal Palace when I was young, when I was 16 – to get the chance to come back 12 years later, at home in London in front of my friends and family, well, it’s going to be a good year,” he said.

“I’m an energetic player. I’m 29 now so I’m experienced, my IQ is up as well as my skill level, I’m a leader, I’m an aggressive defender – whatever the team calls for I’m out here to win.

“We have a great collection of players so far, there’s going to be more coming in, I just need to be that glue so we can take it to the next level.”

Director of Operations, Nhamo Shire added: “”We feel we’ve done something historic here, with confirming Ash for the full season ahead, our first in the BBL.

“His ability and pedigree send a strong and positive message to our fans that we are serious about building a highest-quality, truly exciting team who deliver jaw dropping entertainment at The Palace.

“Though Ash is locally grown, he’s internationally known and globally respected – and for good reason.

“His athleticism, agility, ball handling ability, passing skills, defence and leadership skills are all just tremendous and of course, he can score with the best of them, under and way over the rim.

“Being able to bring him home is great for us, but also such a positive statement for British basketball with where the league is right now in being able to welcome home one of our very best British players.

“We hope this signing opens the door for more of our best guys playing abroad, to come home and play in front of friends and family and show the world what our top tier guys can do in our top tier league. It’s an exciting time for British basketball.”

Hamilton becomes the sixth signing for the newcomers joining Will Neighbour, Orlan Jackman, Elvisi Dusha, AJ Roberts and Ed Lucas on the first-ever roster as they aim to make a Royal splash in their debut campaign.