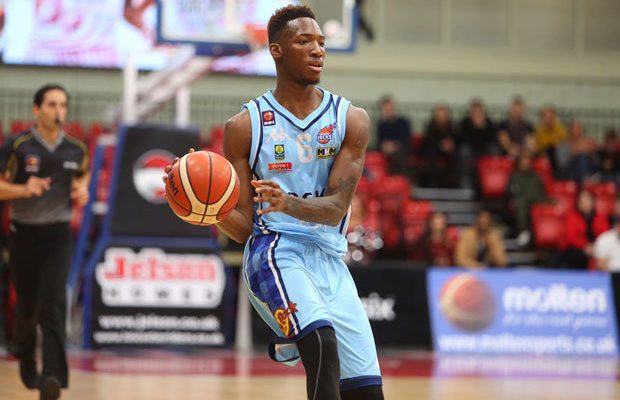 Kofi Josephs is playing in Switzerland next season after signing with Boncourt in the top-flight, the club announced.

The 26-year-old spent last season in the BBL with Glasgow Rocks, averaging 13.5 points per game in 22 appearances including a 33-point haul coming against Leeds Force, in January.

Happy for this process to finally be squared away..I’m Looking forward to putting last season behind me and building in the right way.I’m excited for the challenge I’m about to take in the Switzerland Top league🇨🇭Trust Your Journey 🌍🚶🏾‍♂️ 🇺🇸 🇩🇪 🇪🇸 🏴󠁧󠁢󠁳󠁣󠁴󠁿 🇨🇭 pic.twitter.com/ygXlsmlBAy

Josephs was an injury replacement for Carl Wheatle for GB Senior Men at EuroBasket 2017 and was a standout performer for Team England at the Commonwealth Games earlier this year.

The sharpshooter finished his college career at Fort Lewis before a spell in Germany’s Regionalliga with a career-best of 51 points.

Boncourt finished with an 11-11 record in the SBL last season before falling in the first round of the playoffs.