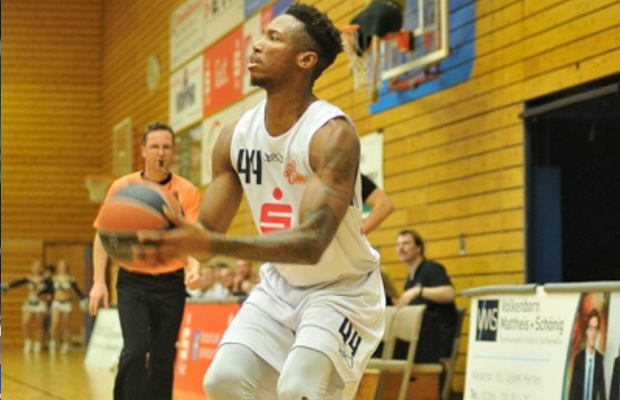 Kofi Josephs had his second monstrous game of the season in Germany on Saturday night after exploding for an incredible 51 points.

The rookie pro knocked down six triples as he went 15-of-23 from the field as well as adding 15-19 from the foul line.

The 25-year-old surpassed his previous best of 49 points – set in January – and is averaging 19.7 points on the season in the German fourth division.

Check out Josephs in action as he goes off for 51!