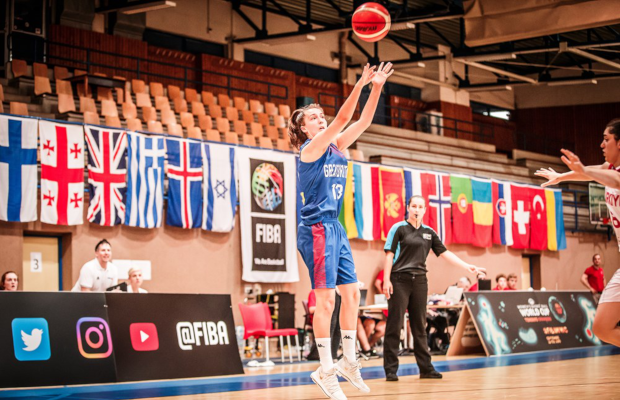 Great Britain Under-18s moved to 2-1 at the European Championships after beating Montenegro 87-70 in Furstenfeld, on Sunday.

Vanessa Ellis’ side bounced back from their first loss against Turkey as a strong third quarter set the platform for the victory.

Shauna Harrison added 14 points with Alix Henderson handing out 10 assists to go with 11 points for a double-double.

GB were slow to get going and trailed 17-24 after the opening 10 minutes. However, they changed their fortunes in the second as the offence began to flow, particularly from 3-point range with Loie Webb landing her second three to give GB a narrow 43-41 advantage at the interval after putting up 26 points.

GB stepped things up at the start of the second half with a run of 16 straight points to open up a commanding lead. Montenegro ended their drought with a 5-0 response, but GB continued their charge to lead 66-51 at the end of the third.

The lead hit 20 points early in the fourth and GB were not troubled as they completed a convincing victory to boost their last eight hopes.

GB face the Netherlands in their next game on Tuesday at 12:30pm with both teams on 2-1 records.