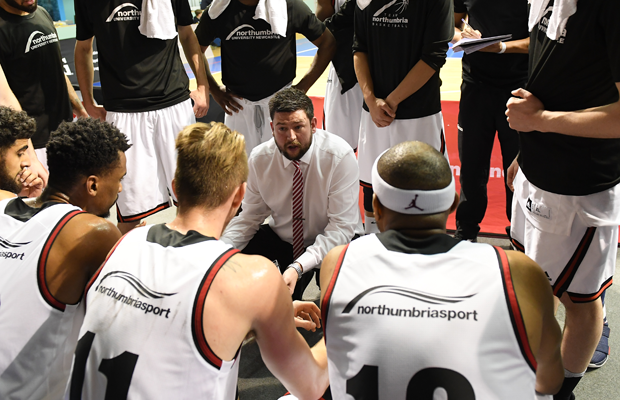 Team Northumbria have withdrawn from NBL Division 1 after the university withdrew funding from all seven of it’s national league sports teams, as first reported by the All Ball Network.

With what is rumoured to be around £1million in funding cut from the elite sports programmes at the university, the university wants to focus on participation for the wider student body.

Team Northumbria, coached by Marc Steutel who is currently at the European Championships with the GB u20s, were the 2017 NBL D1 league winners and National Cup victors, and were 2018 Trophy runners-up.

It has also seen the university pull the plug on the Women’s British Basketball League (WBBL) side, but hope remains the Newcastle Eagles will take over the franchise if they can make the numbers work – as first reported by Mark Woods – as it will supplement their programme which is currently missing a professional women’s team.

The Division 1 Men’s team, however, has little other option but to fold, as the Eagles are unable to take on the financial hit, with the NBL programme suffering from no fan-base and running at a loss.

Basketball England were informed of the withdrawal on Thursday and are considering their options, which is thought to likely see another team promoted from Division 2 to take Northumbria’s place.

A statement from Northumbria University to the BBC said students “will still be able to compete at the highest level in the British Universities and Colleges League”.

It added: “We remain committed to high performance sport and will continue to compete at the highest levels.

“In a changing environment that includes a reduction in available external funding, we must ensure that we continue to offer all our students value for money and the best possible student experience.”