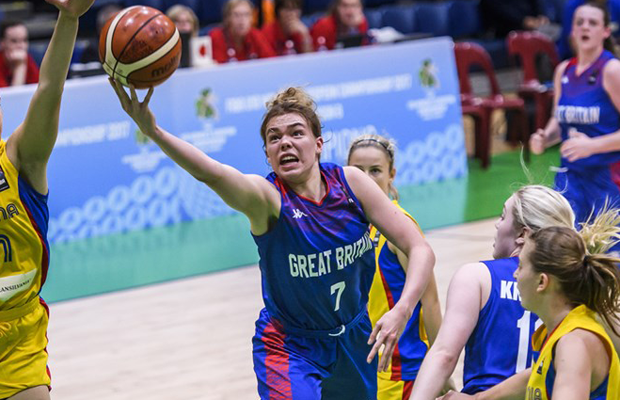 Great Britain has confirmed the final 12 for the FIBA U18 Women’s European Championship, which begins in Oberwart, Austria next month.

Head Coach Vanessa Ellis has made her selection after a three-day training camp at the National Basketball Performance Centre in Manchester.

GB returns just four members of last year’s U18 team that reached the bronze medal game, however there is a lot of enthusiasm surrounding the eight newcomers.

Ellis commented: “I am excited about this 12, which has real talent in all positions. It was a difficult task whittling this down to 12, which is a sign of the emerging depth.”

“There is a great team ethic about this squad which I believe can be sustained when we get to tournament time.”