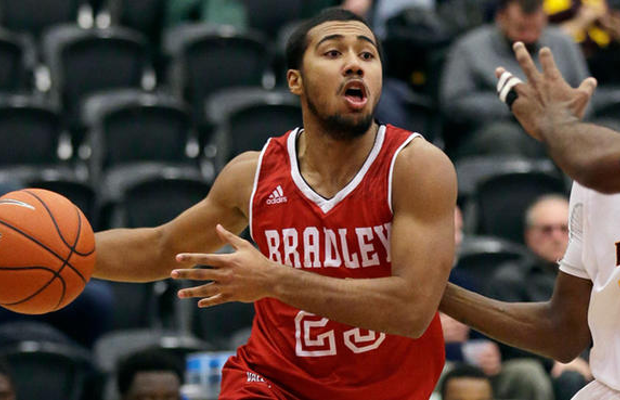 Dwayne Lautier-Ogunleye has been named to the Missouri Valley Conference (MVC) All-Defensive Team, it was announced today.

The junior guard at Bradley University averaged 7.4 points and 2.7 assists per game in 31 appearances, but earned recognition for his efforts on the defensive end.

Lautier-Ogunleye helped the Braves have the best field goal percentage defence in the league during the season as they finished with a 19-12 record, including 9-9 in Conference play.

The honour is the second for DLO in his time at Bradley having also been named to the All-Freshman Team in 2016-17 after an impressive start to his college career.

Lautier-Ogunleye’s season is not over yet as Bradley face Drake in the MVC quarter-finals as the fifth seeds – the school’s first top five finish since 2010.