GB Senior Women Take Down Israel on the Road - Hoopsfix.com

GB Senior Women Take Down Israel on the Road 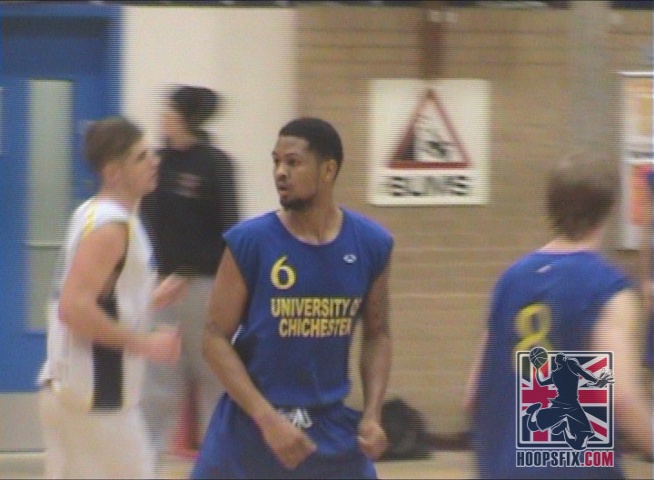 Temi Fegbenle impressed with a double-double of 21 points and 14 rebounds, while Stef Collins also went to work to accumulate 19 points and 10 boards.

“It was a fantastic game and especially seeing the girls fighting so much,” said Head Coach Chema Bucet.

“Not only in the game, but in the whole camp to try and improve ourselves and make the team competitive, and then playing against a very good team in Israel.

“It was a very emotional game, but also a very wise game. We not only played hard, but we played with intelligence and I think our team played with a lot of patience to overcome the problems that the other team put on the court. I think we must be very proud of these girls, not only for the victory, but also for the way we were able to get it.

“The key ingredients for the win were not to think about the score too much and just focus on it play-by-play. Sometimes we were down by 7 points, at other points, we were 8 points up. We didn’t panic. It was good to be cool and calm and understand the game. The fact that we switched defences a lot, helped to confuse the other team.

“The merit is for the players, because they did a great job of understanding the game all the time and were able to play good defence. This was a very quick game and I thought our defence was the key.”

With both sides trading blows in a back-and-forth game, there was very little to separate both sides at the break, with Israel edging it 39-36.

The second-half followed a similar pattern with both sides going blow for blow in an enthralling battle. Newly capped Karlie Samuelson hit a huge triple late in the 3rd, but Israel rallied back to take a 59-56 lead into the final quarter.

The 4th period saw Samuelson continue her impressive form from beyond the arc as she connected from deep to tie the game at 59 a-piece. Samuelson’s triple sparked an 11-0 scoring run for GB.

In need of a response, Israel were quick to call time-out with just under 5 minutes left in the quarter. A response is exactly what they got with back-to-back scores forcing a GB time-out with the game evenly poised once more.

GB’s veteran duo of Temi Fegbenle and Stef Collins showed their class down the stretch, hitting some important shots for the visitors who showed great maturity to pick up their 3rd win in Group H.

The victory was celebrated by the recently arrived Karlie Samuelson, with the player having only debuted last weekend.

She enthused: “That was crazy. It was an awesome game to be a part of. I think the key to the game was just playing together as a team. You know, a lot of people scored and we played together on defence getting stops.

“My team mates did a great job of driving and kicking the ball. We have great leadership from Stef and Azania and everybody – we moved the ball and it was really good

“I was a little nervous about coming in to camp, just because everyone knows each other and they played together in November. But, these girls are amazing and as I have told them before. I am really pleased to be here. I am leaving camp with a good group of friends now, so it’s even more awesome.”