Kayne Henry Earns Spot on U18 Division B All-Tournament Team 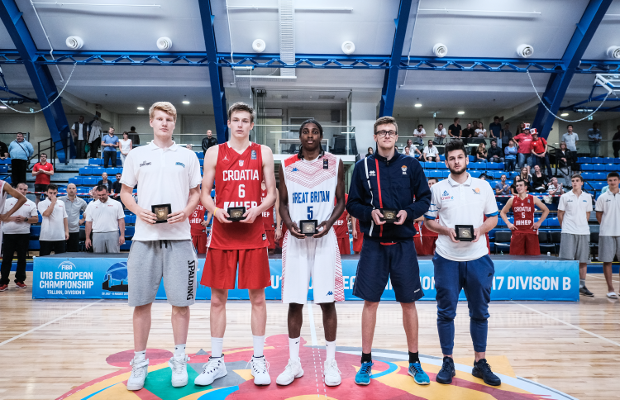 Kayne Henry has been named to the All-Tournament Team at the FIBA U18 Division B European Championships after helping GB achieve promotion.

The athletic 1999-born forward averaged 14.8 points and 6.3 rebounds per game in eight games as GB finished with a silver medal in Tallinn, Estonia.

Henry put up a tournament-best of 35 points in a win against Luxembourg having finished with an efficiency rating of 39 on the back of an incredible all-round display.

Henry posted double figures in points in all but two of GB’s encounters with a total of 50 rebounds collected including 11 against Sweden.

The 2017 Academy Basketball League (ABL) champion with St Charles finished 10th in the tournament points per game averages leaderboard as well as 16th in efficiency with a final rating of 15.0.

Earlier this summer, Akwasi Yeboah was named to the All-Tournament Team for the Under-20s as GB secured promotion back to Division A.