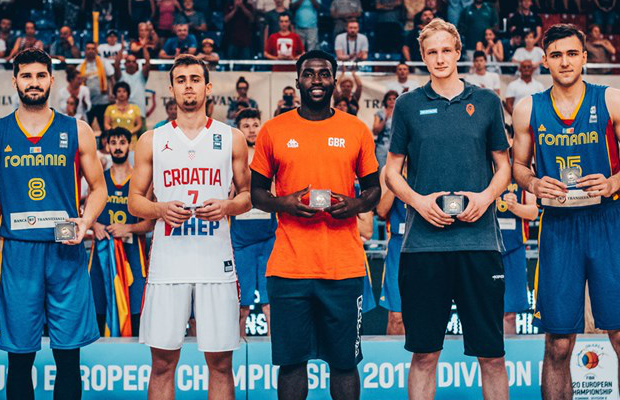 Akwasi Yeboah has been named to the Division B All-Tournament team after helping lead GB Under-20s to promotion at the European Championships in Oradea, Romania.

Yeboah averaged 14.3 points and 4.7 rebounds per game over seven games in the tournament – scoring exactly 100 points.

The 20-year-old also scored 22 points in GB’s first win over Russia in the group stages with 16-point displays coming against Slovakia and Croatia.

Romania’s Emanuel Cate took the MVP award as the hosts defeated Croatia 80-67 in the final to win gold.

It’s another honour for Yeboah to add to his resume having made the Conference All-Rookie team for the Seawolves.