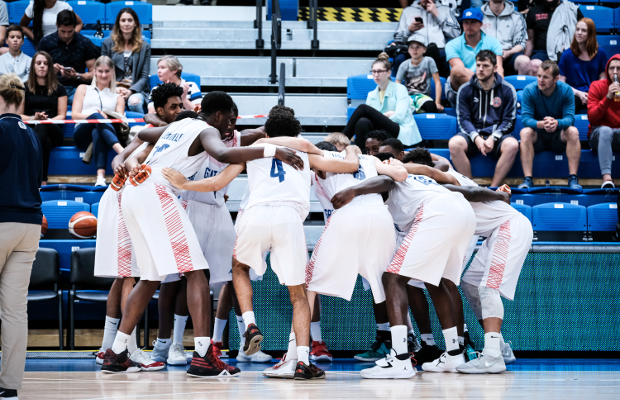 Great Britain Under-18s are silver medallists at the European Championships after falling to an agonising 90-82 overtime loss against Croatia in the Division B final, on Sunday.

@gbbasketball Under-18s finish up with silver after agonising 90-84 OT loss to Croatia in the #FIBAU18Europe Div B Final ❤️ pic.twitter.com/BvS9jy7w1g

GB showed no signs of nerves early on with Round finding Henry with a nice alley-oop in the midst of a 10-0 start. Both teams traded the lead before seven points off the bench from Spence helped edge GB ahead at 19-17 after 10 minutes.

Kaiyem Cleary’s triple sparked a 13-2 run in the second as GB opened up a double-digit advantage and took a 44-31 cushion into the half-time break. The lead peaked at 15 points with the opening score of the third, but Croatia battled back to within six with an 11-2 burst.

Round knocked down two big triples to make it 56-47, but another burst from Croatia saw them take the lead early in the fourth with a 14-2 run across the quarter breaks.

GB were four behind before restoring their advantage with a 6-0 run and Round hit a huge three to put his side up 73-69 with 1:20 left on the clock.

Croatia put together successive scores and multiple stops to tie the game and had the chance to snatch victory, although GB’s defence held firm as the game headed into overtime.

A 9-2 start from their opponents put GB on the backfoot and despite four straight from Sesan Russell, highly-rated Luka Samanic netted a dagger triple inside the final minute to push Croatia closer to gold.

GB finished with a flourish, but it was not enough to overcome the deficit, but takes no shine away from a fantastic tournament – joining the Under-20s as the second GB team to earn promotion.