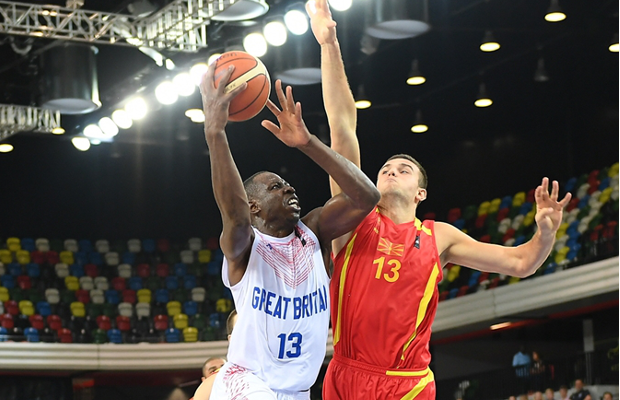 Eric Boateng is set for another season in France after joining NM1 side St Vallier for the 2017-18 campaign.

The veteran 6’11” centre spent the last two seasons with Blois in both NM1 and Pro-B having also played for Mulhouse in the third division prior to his two-year spell in central France.

Boateng averaged 7.4 points and 5.1 rebounds per game in 30 appearances last season having put up 10.3 points and 7.9 rebounds during the NM1 title-winning season in 2016.

Currently part of the GB Senior squad preparing for the upcoming EuroBasket tournament, Boateng missed last weekend’s friendly in London against Greece with a hamstring injury.

The 2012 Olympian helped GB secure their place at EuroBasket 2017 last summer with impressive performances in the Qualifiers.

.@ericboateng gets the offensive board & throws down vs Hungary! 🇬🇧🏀 #Hoopsfix #eurobasket2017 https://t.co/KmkSgDjPdK

St Vallier finished last season in 13th place with a 16-18 record over the league season.