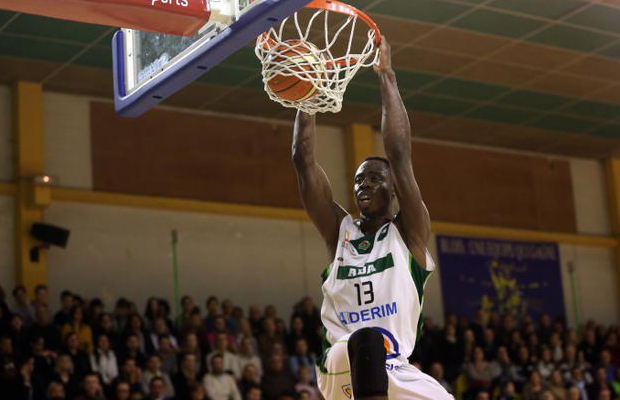 Eric Boateng has won the NM1 league title after helping Blois to an unassailable lead at the top of the French third division.

The 2012 Olympian contributed 12 points, nine rebounds and three blocks to his side’s 75-50 victory against La Rochelle to help clinch the league title as well as a first-ever promotion to Pro-B.

“It feels good to win the league title and I am happy I could be a part in the teams success,” Boateng told Hoopsfix.

“Each member, the coaches and staff in the organisation have put so much into this season. It has been special to see the joy it has brought to the city and supporters of the club.

“Like most seasons, it has been a journey and working progress. We have four more games left to play so the work continues – as well as enjoying the moments we have as a team and team mates.”

Blois improved to 24-4 for the season with their eighth consecutive league victory and secure their first Championship since winning the NM2 league title in 2005.

Boateng has had a strong season in France with solid averages of 10.1 points and 8.0 rebounds per game in 28 appearances during the season whilst shooting an impressive 60.2% from the floor.

The 30-year-old has been playing alongside some familiar names this season including former BBL MVP Zaire Taylor – who most recently played at London Lions following spells at Leicester Riders and Worcester Wolves – and Richie Gordon, who had a strong season in Worcester in the 2011-12 BBL season.

Boateng’s pro career has taken him all over the world since graduating from Arizona State in 2010 having played in Greece, Germany, Argentina and is now in his third spell in France.

The league champions earn automatic promotion to Pro-B and therefore do not need to participate in the playoffs, which determine the second promoted team.

Congratulations to Eric on his league title success!