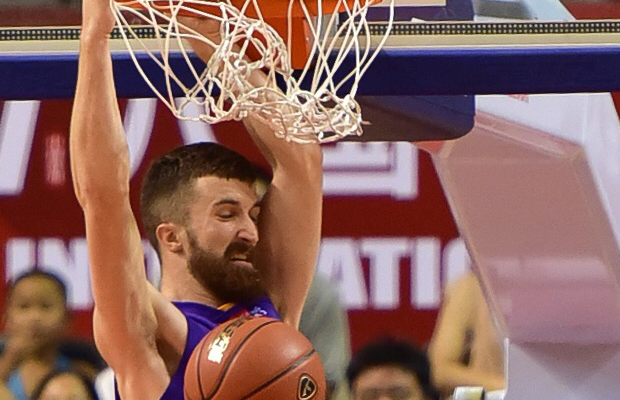 Adam Thoseby will play for Sydney Kings next season after joining the Australian outfit for the 2017-18 National Basketball League (NBL) campaign.

The former GB Under-20 forward recently impressed for a Sydney Kings invitational team in the Atlas Challenge tournament in China, where he scored 28 points in the final victory.

Thoseby has also been playing for Knox Raiders in the SEABL in Australia – averaging 20.3 points per game – having spent the final part of last season in England with NBL D3’s Brunel University.

The 26-year-old finished his college career at Georgia Southwestern State University with averages of 15.3 points and 5.0 rebounds per game in his Senior year having also played at Utah State and South Dakota.

Sydney Kings open the 2018 NBL season at home to the Adelaide 36ers in October after finishing 13-15 in seventh last season.

Check out Thoseby’s highlights at the recent Atlas Challenge in China: