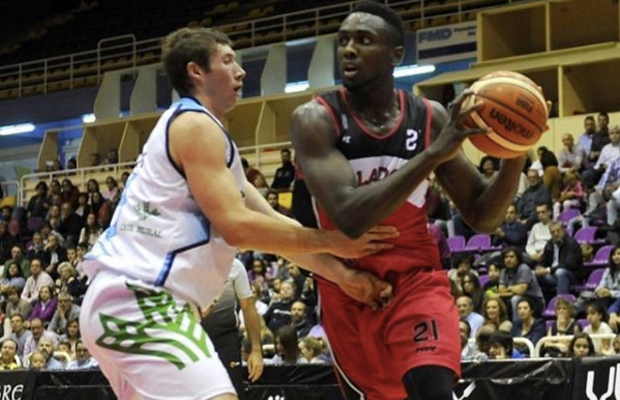 Rowell Graham is heading back to Spain next season after re-signing with Valladolid for the 2017-18 campaign.

The former GB Under-20 forward helped the club secure promotion to LEB Gold last season, averaging 11.0 points and 6.0 rebounds per game over 41 appearances.

It's been a busy couple days And thank you for all the messages I've received and just like that I'd like to announce my re-signing with valladolid, can't wait to get started #stormcoming #cbcvalladolid #twinkletoes #seeyousoon #🐿.

Graham posted a double-double with 11 points and 11 rebounds to help Valladolid seal the LEB Silver playoffs title last month for a 3-1 Finals victory.

The club steps up to the second tier in Spanish basketball with Graham returning with the opportunity to play at a higher level.

Earlier this month, it was reported that Mo Soluade’s contract with Unicaja Malaga has been extended for two more seasons.