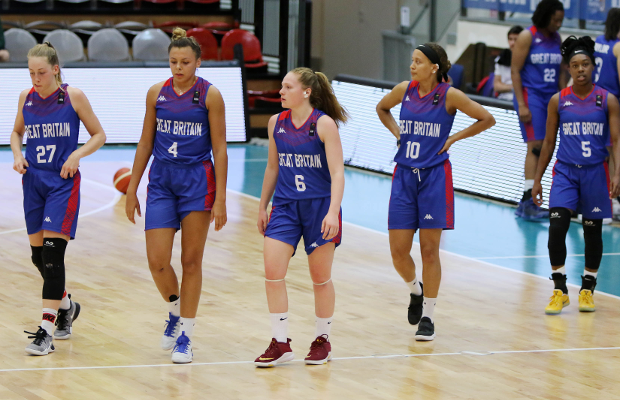 Great Britain Under-20’s suffered their first defeat at the European Championships after losing 88-50 to hosts, Israel, in Eilat on Monday.

Chema Buceta’s side put up a brave fight, but could not contain their opponents on the perimeter as Israel fired in 15 triples during the contest.

Gabby Nikitinaite top scored with a team-high 18 points and also claimed eight rebounds, while Shanice Norton was also in double figures with 13 points.

GB quickly fell 12-2 behind with Israel catching fire from downtown as they established a commanding lead. A 6-0 run boosted GB, but they still trailed 25-12 at the end of the first.

Two more triples followed early in the second with a 12-0 start to the second before the drought was broken by Norton, though GB managed just five points in total in the period to go into half-time trailing 47-17.

GB were more aggressive on the offensive end in the third with Nikitinaite and Norton combining for 17 points as the two teams shared 44 points to make it 69-39.

The visitors kept battling with Vicky Gray firing in a three, but there was no let up from Israel and they closed out the game in fitting style with yet another score from downtown.

While Israel poured in 15/32 shooting from 3-point range, it was more of a struggle for GB as they landed just 3-of-26 in comparison.

GB U20s return to action on Wednesday when they take on Belarus at 2pm UK time.