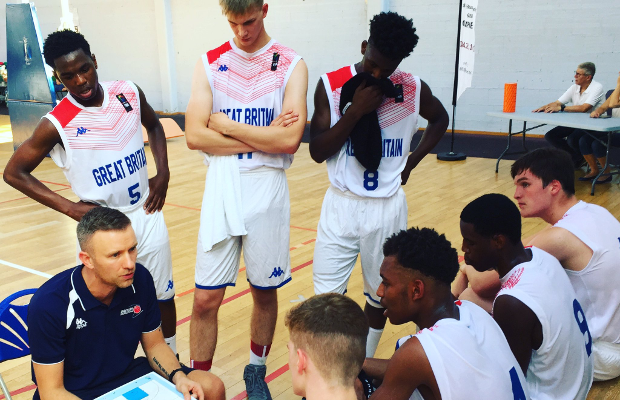 Great Britain Under-16’s secured a 2-1 series win over France Under-15’s after recording a 70-57 victory on Sunday.

James Vear’s side bounced back from Saturday’s heavy defeat to record their second win of the summer.

Christopher Feeney top scored with a game-high of 23 points – including 4/8 from 3-point range – with Tomiwa Sulaiman adding 16 points and Oluwasegun Shodunke scoring 10 points.

“I am very proud of the team’s response after our disappointing loss on Saturday – our attitude, pride and passion was very good.

“This weekend has been a great chance to see all of the players compete at a high international level.

“It was an added bonus that we won the series 2-1, we want to take that confidence and identity we have formed into our next weekend’s training camp.

“A mention must go to all of our staff and not just the coaching staff – they did an incredible job keeping our guys focused and preparing them for all of the games.”

GB made a slow start to trail 6-0 early on, but responded with a 13-0 run of their own to take control. Feeney scored eight points in a 10-0 burst in the second as GB held their opponents scoreless for five minutes as they established a 37-23 half-time cushion.

Feeney added two more triples in the third as the two teams traded baskets with GB narrowly increasing their lead to 52-37.

The fourth was more of the same with GB keeping France at bay with vital scores from Eric Donaldson and Louis Norton-Cuffy as the game was closed out.

GB will continue their preparations ahead of next month’s European Championships campaign.