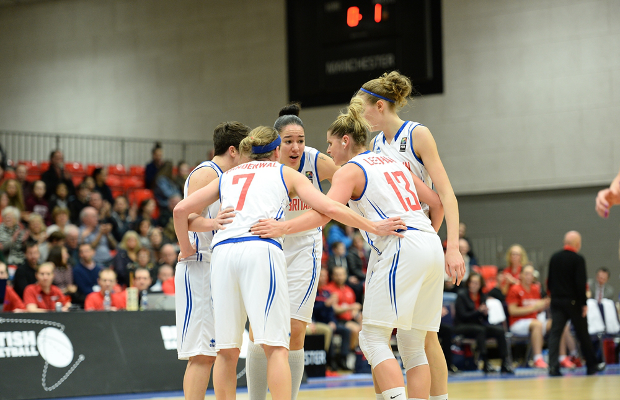 Great Britain’s Senior Women will face Greece, Israel and Portugal in the 2019 EuroBasket Women Qualifiers that begin later this year.

Chema Buceta’s side were amongst the third seeds in the draw and now know who stands in their way of a return to competing at EuroBasket Women.

GB will play two games in each of the three windows starting in November 2017 with February 2018 and November 2018 the closing rounds next year.

The Senior side missed out on qualifying for the recent 2017 EuroBasket Women after finishing with a 3-3 record in Group C.

They split home and away games against Montenegro, eased past Albania in both meetings, but lost twice to Italy to end their hopes of advancing to the Czech Republic.

Greece finished fourth at the event, while Israel and Portugal also did not qualify.

GB held two camps this summer that culminated in a tournament in Belarus and a 3-game series against France A.