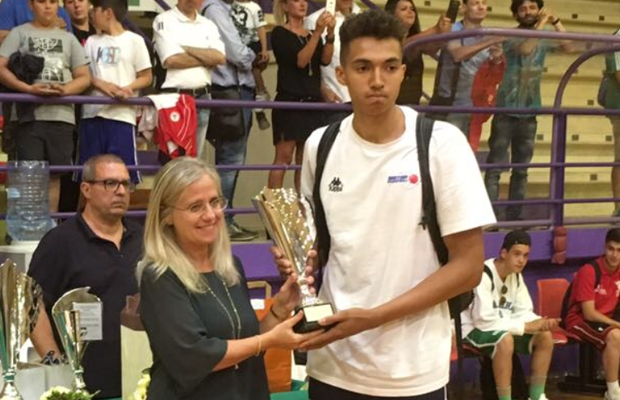 Great Britain Under-18s rounded out their tournament in Italy with a 66-71 loss at the hands of Israel on Tuesday morning.

Nineteen points from Micah Savery-Richards was not enough to prevent the loss to the eventual tournament winners, as GB finished up at 1-2 over the three games for third place.

Nelson Boachie-Yiadom and Jacob Round added 12 points a-piece for GB, whilst Hosana Kitenge finished with 9.

“We got exactly what we needed from this game against Israel for our preparation,” Head Coach Alan Keane commented after the game.

“We need to be better in key moments and we will get better with more time. We set the tone early, then we went down 9 at the half and responded with a run in the second half, took the lead, let it slip again to 10 and brought it back again with a shot to tie it.

“This game gave us something the other two didn’t, aggressive press, traps, fast pace, pick and pop shooting bigs etc. We will review the video, reflect and prepare for camp and move on.”

You can watch the full game back here.