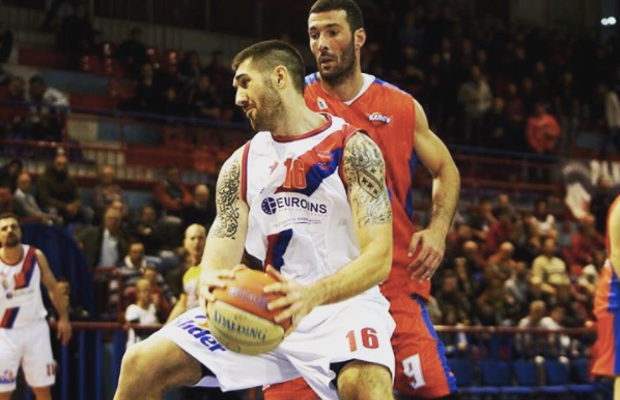 Fahro Alihodzic is ready for a new challenge next season after signing with Leuven Bears in the top-flight in Belgium.

The 27-year-old led Panionios to the Greek A2 Championship title last season with team-high averages of 12.9 points and 6.6 rebounds per game.

“I’m looking forward to the new challenge,” he told Hoopsfix.

“After winning a Championship in Greece and import player of the year, it’s time for the next step in my career.”

Alihodzic was named in the initial 24-man GB Senior squad ahead of this summer’s EuroBasket, but is now unable to attend due to club commitments with pre-season starting next week.

The UAB alum spent two seasons in Greece’s A2 having also played for Promitheas in the 2015-16 campaign with his pro career starting with spells in Hungary, Greece and Argentina’s top-flights.

Leuven finished last season with a 9-27 record in the Belgian top-flight and missed out on the playoffs.

Check out Alihodzic’s highlights from last season below: