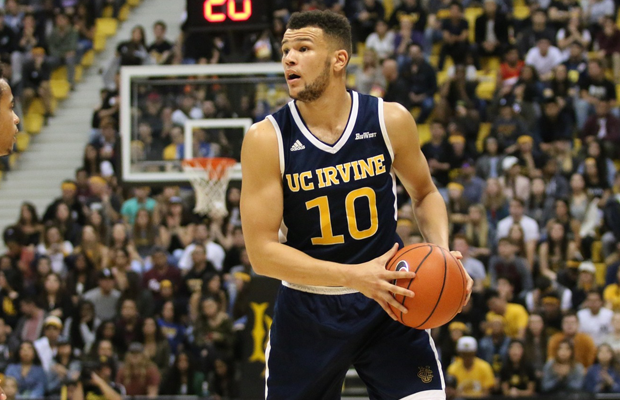 Luke Nelson has signed his first pro contract with Gran Canaria in the Spanish ACB, it was revealed today.

The deal, as first reported by GigantesBasket, is a multi-year contract with Nelson set to be loaned out for the 2016-17 campaign.

Confirmation that @LukeNelson95_6 has signed his first pro contract with ACB side @GranCanariaCB, as first reported by @GIGANTESbasket. 🇬🇧🏀 pic.twitter.com/T4dk94aUyh

“I signed there because I felt like the club wanted to commit to me in the long run and that was important to me,” Nelson told Hoopsfix.

“Also, it’s a highly respected club, one that I would be honoured to represent.

“I will be loaned for my first professional season, but I’ll be talking with Gran Canaria and my agent to figure out where it would be best for me to go.

“I’m really looking forward to starting my professional career, but I’m also 100% focused on this summer with GB.”

Nelson is part of the initial 24-man GB Senior squad and recently represented LA Clippers at the NBA Summer League in Las Vegas.

The 2017 Big West Conference Player of the Year averaged 16.9 points per game in his Senior year at UCI, despite having missed half of the season through injury.

Nelson follows a similar path to that of Devon Van Oostrum and Mo Soluade, who both signed their first pro deals in the ACB – except as juniors – before being loaned out for experience.

The guard is currently in Manchester for GB Senior camp with a prep tournament starting in Greece on August 7.

Gran Canaria finished seventh in the ACB last season and will compete in the EuroCup next season.