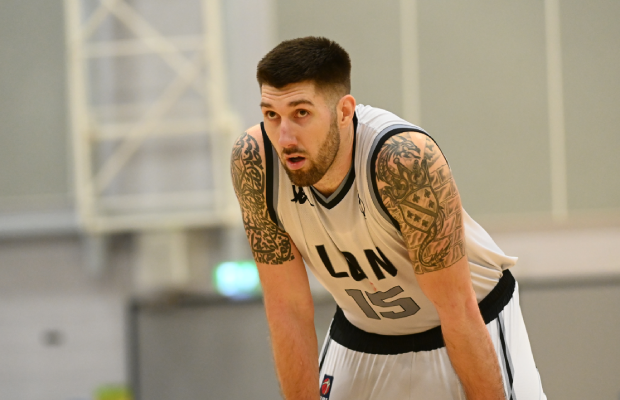 Fahro Alihodzic believes London Lions are close to their best basketball as they prolonged the BBL Championship title race with Wednesday’s win over Leicester Riders.

The Riders would have clinched a fifth regular season crown with a win at the Copper Box, but it was the BBL Trophy winners who prevailed as London secured an 86-81 triumph.

“We took care of business,” Alihodzic told Hoopsfix. “We couldn’t let Leicester Riders win the league title on our home court. We did well to execute our game plan and come out with another win.

“We were very good defensively by disrupting what they were trying to do. While on offence, we shared the ball and made timely shots when they were needed.”

The Lions have kept the title race alive heading into the final week having extended their current winning run to nine games to improve their record to 20-7 in the league campaign. 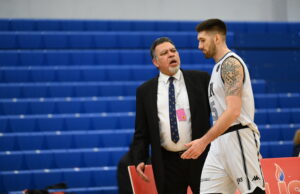 If Vince Macaulay’s side win their final three games, that would mean Leicester have to win both of their final two games, but Alihodzic insists his side are just focused on continuing their streak ahead of the playoffs.

“Keeping our winning streak going, focusing on ourselves and controlling what we can control. We as a team are clicking together at the right time leading up to the playoffs.

“I’ve always learned you need to be playing your best basketball towards the end of the season and I think we are getting there at the right time.

“Our mindset has just been to take control what we can control. The goal is to help put the team in position to win silverware especially with the ambitions of the London Lions.

“One game at a time, focus on playing well as a unit and trusting each others roles on the team.”

Alihodzic has played all over Europe since turning pro out of UAB in 2014 with the GB Senior international signing with London Lions in October for his first taste of the BBL.

The 31-year-old has averaged 6.9 points and 5.4 rebounds in 16.0 minutes per game in 23 league appearances with a best of 14 points and 10 rebounds against Newcastle Eagles, whilst adding another piece of silverware to his collection with the BBL Trophy triumph.

“I have followed the British league for some years now while playing overseas – the BBL is a very under-rated league which continues to improve each year.

“I’m very happy to be part of this very talented London Lions team. With such a deep roster built for European competition, figuring out our roles on this team has been challenging, putting aside individual goals for the common goal and success of the team.

“Playing our best basketball towards the post-season is big. If we can continue this momentum into the playoffs, I believe we will be in great shape and very difficult to beat.

“We have been preparing for this time of the year, and we will give it our all to finish strong and we can rest in the summer when that comes.”

The BBL playoffs will be played at three venues with the quarter-finals split between Newcastle and Worcester, while the semi-finals and final are to be held in Leicester – with Sky Sports coverage throughout the post-season.

And, if the Lions were to go all the way in the playoffs, it would be a fitting finale for Alihodzic, in familiar surroundings.

“I don’t like to jump ahead, but I would rather be playing the playoffs at the CopperBox Arena with our fans,” he concluded. “Leicester being my hometown, of course it is a special place for me.

“I left home 15 years ago on this basketball journey overseas and it seems like it has made a full circle back to where it all started.

“Hopefully leading to winning the playoff title at the Morningside Arena in a few weeks.”